An Escape From A Box 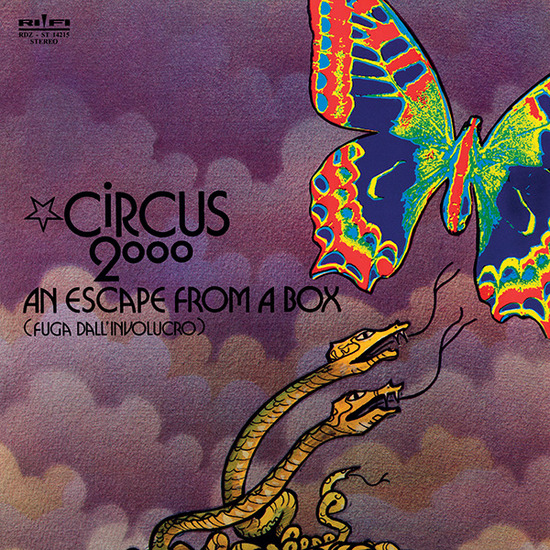 An Escape From A Box

One of the few American sounding Italian bands, and so convincing that even Vernon Joynson, in his 1988 book “The Flashback” included them in the US psychedelia section!

Their second album came in 1972, still in English but with a slightly more polished sound and some progressive influences. “An escape from a box” is again a very short album, around 33 minutes, but the five songs are longer and the opening “Hey man” (also released as a single) the best track. After 1973 singer Silvana Aliotta tried a solo career (as Silvana dei Circus 2000) with some singles but the. Original drummer Johnny Betti founded the small Shirak label and formed Living Life along with guitarist Quartarone. The latter was also involved in the album “Il vangelo secondo Barabba”. Drummer Dede Lo Previte played with Duello Madre, Nova and Kim & the Cadillacs.

Both albums by Circus 2000 are now rare and expensive, probably pressed in small quantities. All their production came on RiFi label.