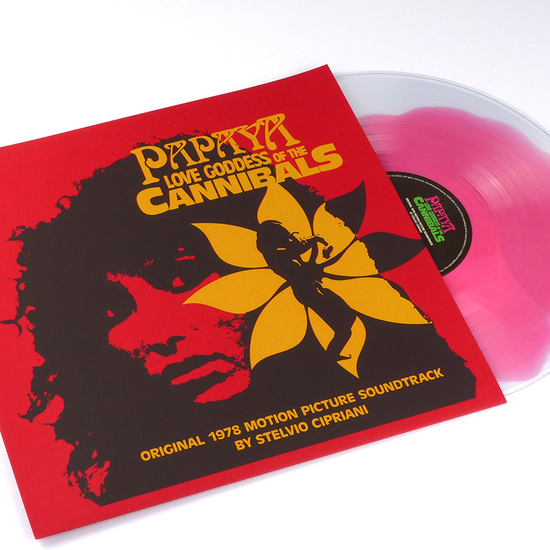 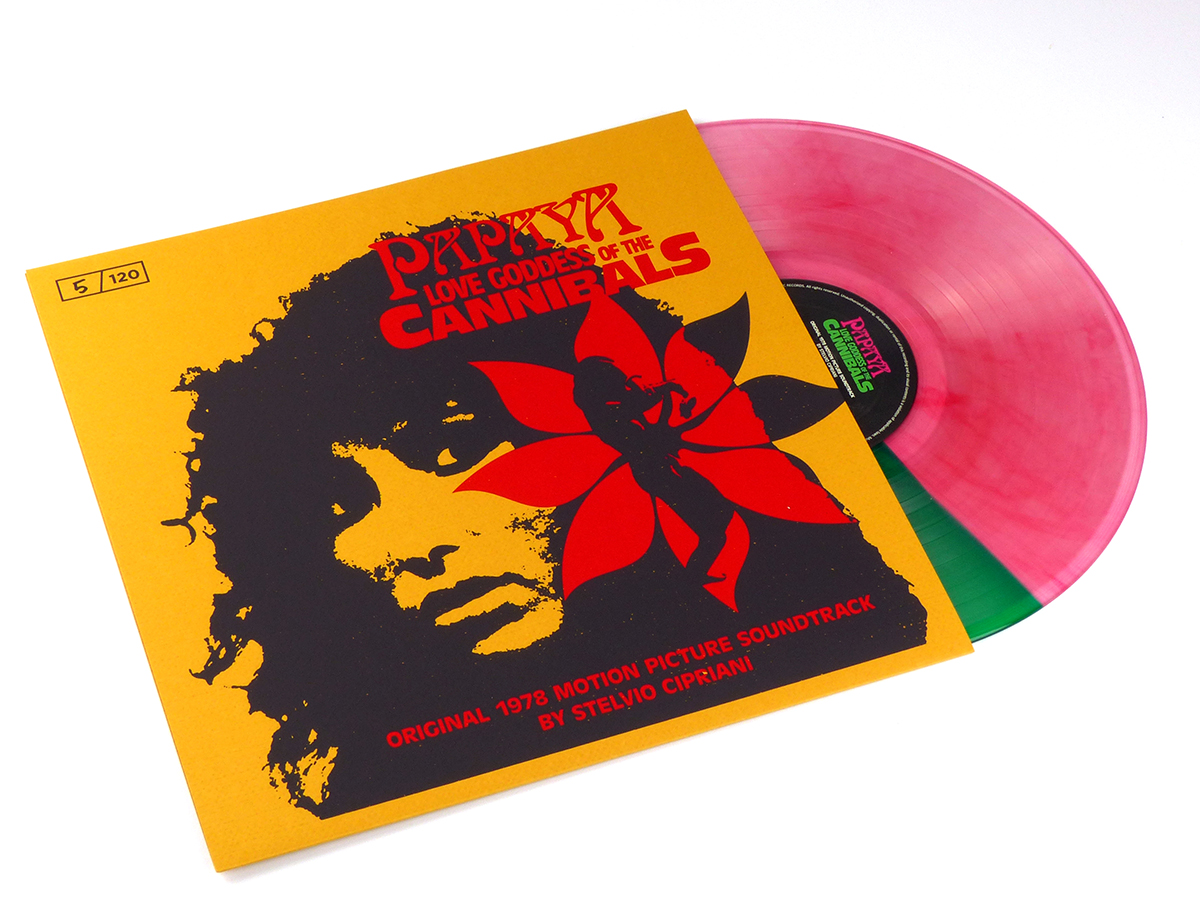 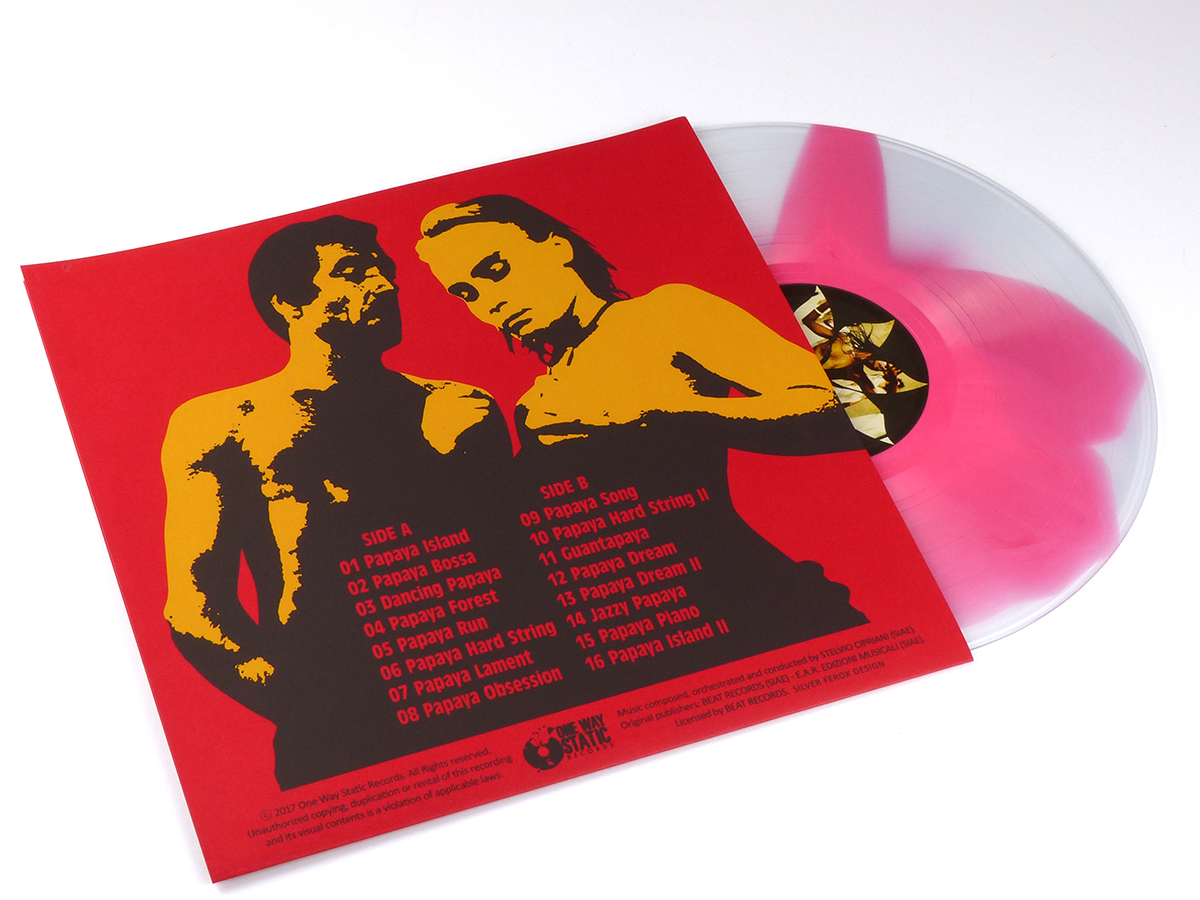 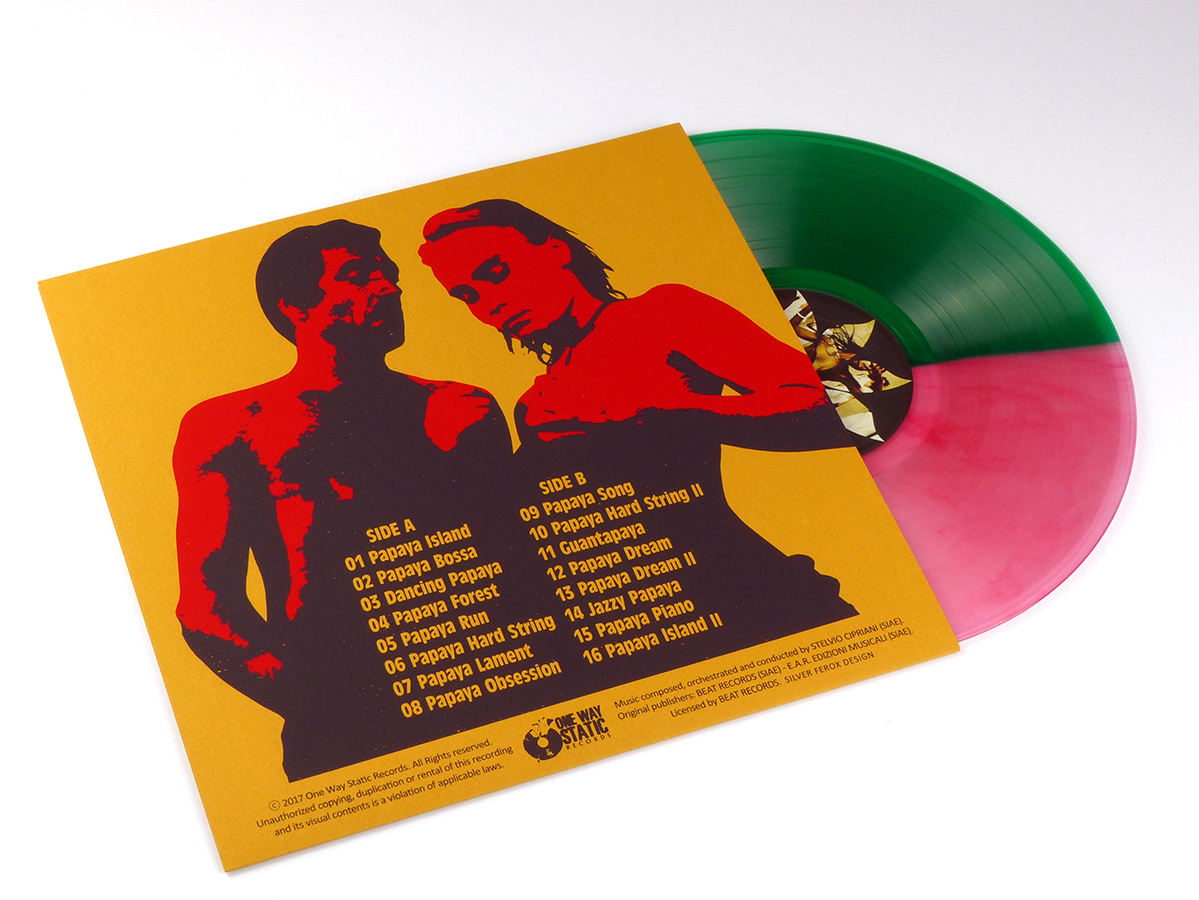 The late Joe D’Amato who directed the film sure was quite the character in horror cinema. Directing over 200 films including Spaghetti westerns, war movies and countless (s)exploitation flicks, D’Amato was a force to be reckoned with. His credits include genre classics such as ‘Anthropophagous’, ‘Buio Omega AKA Beyond The Darkness’, the ‘Emanuelle’ series, ‘Absurd’, ‘Troll 2&3’…and many, many more. Next to directing, Joe also took to the producer & screenplay writing chair for films like ‘Stage Fright’, ‘La Casa 3,4 & 5’, ‘Pieces’, ‘Ghosthouse’, ‘Zombie 5’… just to list a few.

To underscore PAPAYA, LOVE GODDESS OF THE CANNIBALS (original title: Papaya dei Caraibi) Joe turned to Stelvio Cipriani who delivered a sensual & jazzy soundtrack. Some say the compositions delivered here were ‘too damn good’ for the type of film it was paired with.

Stelvio Cipriani (born 1937) is an Italian composer that actually needs little introduction. Starting his scoring career in 1966, Cipriani composed countless soundtracks to some of the best spaghetti western & police/crime films winning him some very prestigious awards in the process. Horror & Cult fans will know Stelvio from his scores for genre favorites such as ‘Pieces’, Mario Bava’s ‘A Bay Of Blood AKA Twitch Of The Death Nerve’ & ‘Baron Blood’, Umberto Lenzi’s ‘Nightmare City’ & ‘Voices From Beyond’, Sergio Martino’s ‘The Great Alligator’ and James Cameron’s ‘Pirhana II: The Spawning’. We can’t even begin to list his many exploitation film scores like ‘Sister Emanuelle’, ‘Deported Women Of The SS’ … and many more. In 2007 Cipriani was brought to the public’s attention again when Quentin Tarantino used his 1977 main theme for ‘Tentacolli’ in the film ‘Death Proof’.

OWS released this expanded soundtrack in 2016 and when the pressing took place we were left with 120 vinyl copies without a jacket. We hate to see such a good release go to waste so we had 120 jackets custom-made through our screen-printer. Here’s the result : 120 copies, each individually hand-numbered in a custom made screen-printed jacket (60 red & 60 yellow sleeves) inserted with color vinyl copies (60 clear/pink haze & 60 green/pink split). Final copies of this amazing release, get it now before they are gone forever. 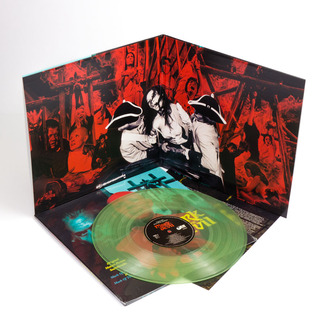 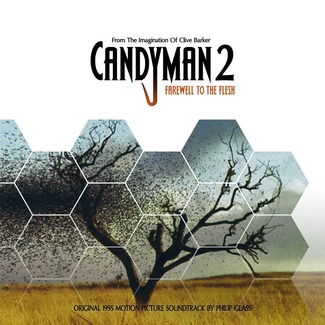