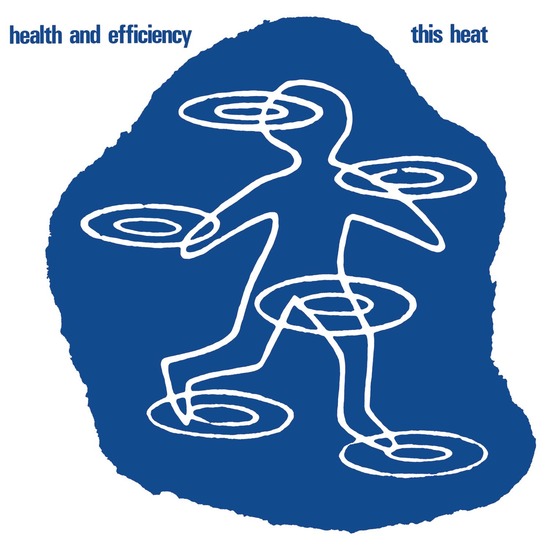 “This heat are one of those bands that (as a person wanting to be in a band) I aspired to be like. Not to sound like them or rip them off in anyway, but just be one of those bands that you hear and you know instantly, that your listening to This Heat and none else. They’re a band that set their own rules and did it without ever sounding pretentious or like they were trying too hard. The first record i had by them was This Heat but I thought it was amazing that i could be into them for some years and keep discovering other EPs or songs by them like Health and Efficiency that still felt completely fresh and still do.
- Dave Porter (Avey Tare, Animal Collective)

With their self-titled debut, This Heat sowed the seeds of post-punk, avant rock, noise rock and post-rock. The album took the trio – Charles Bullen, Charles Hayward and Gareth Williams – two years to create, and placed them at the forefront of experimental music.

The follow-up, the 20-minute Health and Efficiency, proved to be a less labored – and more conventional – record to make. Bridging the gap between the debut and their masterpiece, Deceit, the 1980 release found the band settling into a groove at their Cold Storage Studio.

The eight-minute title track, remembers Charles Hayward, “was improvised pretty much fully-formed,” and included the sound of the neighboring school’s playground and the band rolling bottles around in the gallery space next to their studio. That’s where they found the maxi-single’s sleeve too – Pete Cobb’s blue and white image was on display in the same gallery. The track was recorded using a mobile unit found in the back of Melody Maker – the 16-track Zipper Mobile studio – and elements of second album Deceit were laid down at the same time. As Charles Hayward notes: “Everything seemed to fall into place.”

On the B-side, the drone for “Graphic/Varispeed” came from the song “24 Track Loop” on the first album, albeit manipulated, slowed down and sped up. “In the process, we realized that we liked the morphing of the sound from one state to another as the vari-speed combed the sound across the equalization, like a microscope. So we recorded the process itself, which is what you hear here,” says Hayward. The intention was for the single to be able to be played at 33, 45 or 78 RPM – which you’re welcome to do with this reissue, too.

This Heat were feeling their way around the recording process, trying things that had never been done before. And though they had just one album left in them before Williams departed on another voyage of discovery to India, there was still much experimentation to come from the Brixton trio.