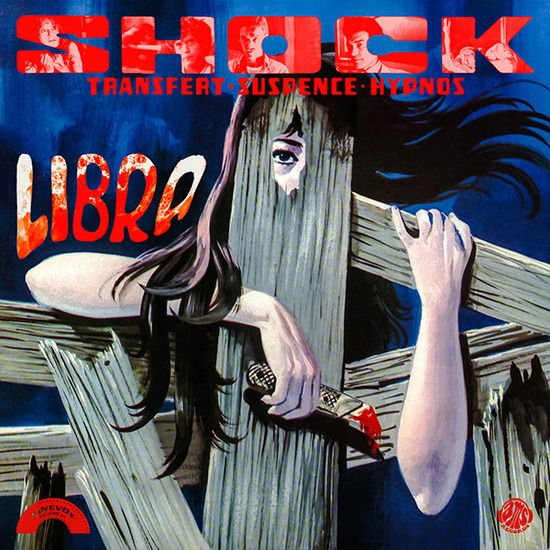 Also known under the erroneous title “Schock”, this LP is the soundtrack of Mario Bava’s eponymous film, also his last one before his death, which sadly occurred three years later in 1980. “Shock” was therefore released in 1977, while the Italian horror cinema was at its peak, led to international success by Dario Argento with “Deep Red” and “Suspiria”. With Goblin at work with Argento, the choice for the music of “Shock” fell on Libra, in some ways ‘related’ to Goblin anyway, thanks to drummer Walter Martino and guitarist Carlo Pennisi, and they also say about a fleeting participation by keyboardist Maurizio Guarini. In ‘77 Libra, after a brief experience on the American soul/funk label Motown, had practically split up, yet they found the necessary inspiration to record an album like “Shock”, maybe ’goblinian’ in its intentions, but full of personality. It contains in fact groovy tracks, delicate and acoustic atmospheres, up to completely dissonant and avant-garde sounds. “Shock” was released on LP only in 1977 in Italy and Japan, therefore this new AMS Records edition is therefore the first official reissue after nearly 40 years! A small yet important event, celebrated with a colored vinyl encased in a beautiful triple gatefold cover with a marvellous new artwork! The track list also includes four bonus tracks which have been released only on CD until today. A must!!!