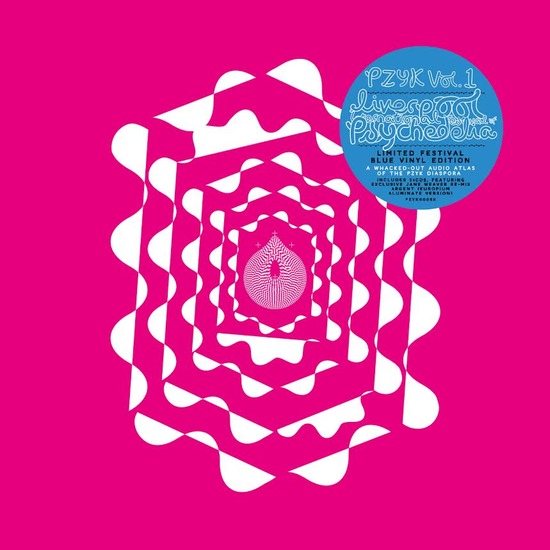 Welcome to our future. This is the motorik metropoliz. This is our whacked-out audio atlas of the PZYK diaspora. Liverpool International Festival Of Psychedelia celebrates the bleeding, weeping edge of neo-psychedelia, the pan-continental smorgasbord of kaleidoscopic sin. Genres are tiny labels for tiny minds – this is our pulsating, nauseating, delusional, crystallised alternative.A mesmerizing evangelical fug of technicolor drone. Explore and chart this PZYK diaspora. Mexico City is 8,631km from Carlisle, yet sub-culturally they embrace via the brutal sonic slew of their PZYK disciples. Geography is a mere technicality. Ideas distill our commonality Indulge. Burrow yourself in a Swiss snowy bolthole. Surround yourself with vintage synths and crates of Goldschläger. Concern yourself principally and exclusively with the present. And the future. For this is our future. Our other. Our glorious, solemnizing other. Join our congregation and revel in the majesty of our hypnotic Dionysian dungeon. Yours in drone.

Featuring a mix of exclusive tracks, re-mixes, rarities and album cuts, the compilation spans and charts the global PZYK diaspora, with artists from around the world contributing to an international selection comprising 30 of the current movement’s key noisemakers. All the artists featured on the release have either performed at Liverpool Psych Fest, or are heading to Liverpool for this year’s festival, set to be held over the weekend of 25th/26th September within Liverpool’s Baltic Triangle.

Writing for the release’s liner notes, The Quietus’ Julian Marszalek observed, “Just as ownership of a wah-wah pedal and a phalanx of effects doesn’t mean you’ve got a psychedelic band, neither does a grouping of such acts make for a psychedelic festival. Similarly, a fetishisation of the 1960s and a retro outlook through rose-tinted headphones isn’t a statement of what’s happening in the here and now of the 21st century. No, what’s needed is an understanding of the form; how it’s developed and mutated into something new while retaining the all-important ability to startle the listener from accepted forms of reality into an altered state. And this is where the Liverpool International Festival of Psychedelia truly succeeds.”

Marszalek continues, “As evidenced by this epic release, this is a broad church and one not limited to orthodoxy or limited structures. Over these six sides of vinyl you’ll find contained the bands that have come to define the well-deserved reputation of this incredible annual event. And as the music flows from your speakers, you’ll come to realise that contributions have come from all over the globe. We’re not alone; this is happening the world over and for one very special weekend at the end of September in the north west of England, the Liverpool International Festival of Psychedelia crystalizes this movement into something quite beautiful. There are many levels of experience to unravel and this is the place to start.”