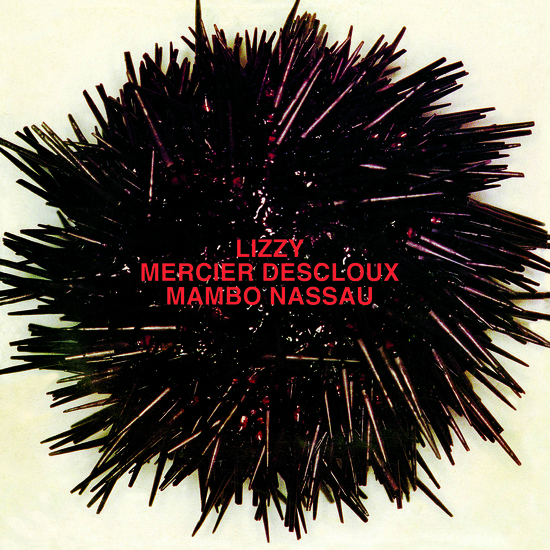 After 1979’s Press Color – reissued by Light In The Attic – Lizzy Mercier Descloux went tropical. Mambo Nassau, released in 1981 on ZE Records, saw the vagabond Parisian poet, artist and musician decamp from New York to the Bahamas with her manager Michel Esteban.

The effect on her music was not as expected. Press Color had been an album of dissonant, distorted disco influenced by the New York no wave scene, but Chris Blackwell’s Compass Point Studios provided a hermetically sealed environment into which the island’s relaxed atmosphere did not seep. Instead, music from within those four walls – made by Tom Tom Club and Grace Jones – had the effect of a feedback loop. The album, meanwhile, reflected the growing confidence of Descloux as a musician, an increasing interest in African music and the input of two new collaborators: synthesizer innovator Wally Badarou and Jamaican engineer Steve Stanley, the album’s de facto producer.

“Since 1975, we had spent seven years in New York and it felt like the end of a cycle,” says Esteban, who co-founded ZE Records, on which label Descloux’s first album was released. “We wanted to get out of Manhattan and move towards Africa. We needed new adventures and change. Mambo Nassau was our next stage.”

Mambo Nassau’s skip through styles is like a tour of Lizzy’s musical DNA, embracing mutant funk, disco and punk.

Mambo Nassau did speak to the mavericks enamored of Lizzy’s free spirit but it did not sell well. “We never were commercial,” notes Esteban. The album is presented now with bonus tracks including “Mister Soweto”, “Corpo Molli Pau Duro” and a cover of Bob Marley’s “Sun Is Shining”, all of which were intended to help score a record deal that would allow her to record in Soweto, South Africa. It worked. With the follow-up, Zulu Rock, on the horizon, Descloux’s African adventure was only just beginning…