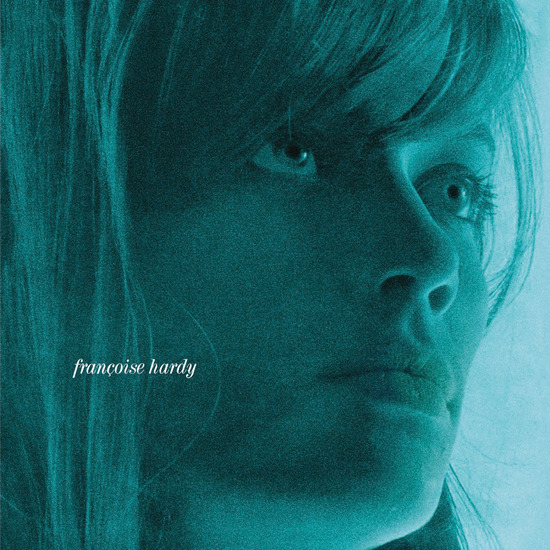 By 1965, Françoise Hardy was truly international. She’d hung out with The Beatles and The Stones, played high-profile shows in London, established a working relationship with British producer Charles Blackwell, and appeared in the film What’s New Pussycat? She was also a fashion icon seen in the pages of Marie Claire and Vogue and on the cover of Elle, and her first US album was issued that year.

In France, Hardy was to release album number four, the second album to be recorded in London, where her celebrity was rapidly growing–at odds with her natural shyness. “In London, it was the first time I’d been made to think I had a certain charm or charisma,” she says now. “Thanks to the time in England, I became aware I could be seductive.” L’Amitié, with its evocative, close-up album cover and late-night sound, is the result.

Produced by Jacques Wolfsohn alongside arranger Charles Blackwell, the sessions were notable for some distracting visitors. “Mick Jagger was there a few times with various entourages of his at Pye [Studios],” recalls Blackwell. “There was a long seat in front of the mixing desk where they used to sit.”

Hardy was, however, not the epitome of the swinging ‘60s idyll; she was an intellectual, into yoga and Buddhism and astrology, and she still noted French chanson singers George Brassens and Jacques Brel as favorites alongside Elvis, Dionne Warwick, and The Rolling Stones.

Despite her new links to the world of fashion, the tentative steps into film, the growing international awareness, and the attention she brought sheerly through her presence, music remained Françoise’s focus, and her fourth album more than demonstrated this.

A mix of Hardy’s own songs, Blackwell’s songs, and tracks from writers including Jean-Max Rivière and Gérard Bourgeois (who wrote the title track), the sound focused on stirring, heavy pop, not least in the yearning “L’Amitié.” “I’m still very proud of ‘L’Amitié,’” says Françoise, who’s wont to undervalue her own work. “The French lyrics are so very moving.”