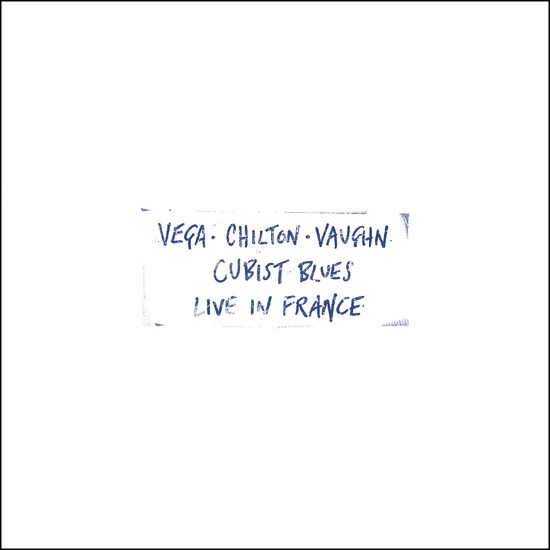 This reissue is a special co-release by Light In The Attic and our friends at Munster Records.

If a music critic could design their own super group, it might look something like the one that released the experimental, unique, and pulse-quickening 1996 album, Cubist Blues. The trio–Suicide’s Alan Vega, Big Star’s Alex Chilton, and singer-songwriter Ben Vaughn–are outsiders each and cult heroes in their own right. Their unlikely union happened in December 1994 in a fog of cigarette smoke at two barely-lit, all-night improv sessions at Dessau Studios in New York.

After that fateful session, the three reunited to play one NYC show and promptly flew to Rennes, France to play Trans Musicales 1996. Vaughn recalls, “the place went wild. It was a great reaction. Alan is truly famous in France, so they were going nuts. For the encore, Alex called out ‘I Remember,’ an old Suicide song. It immediately fell into place, and the vocal Alan delivered was astounding. The memory of listening to his voice through the monitors during that song still kills me. What a gift he has.”

The next day, as the musicians we were being dropped off in Paris for their flight home, the driver handed them a DAT tape of their set from the festival. Vaughn states, “I put it in my guitar case where it stayed for over ten years.”

“Looking back, it was magic to work with those guys,” continues Vaughn. “Two nights in the studio, two live shows, and then it was over. That material was never performed again.”