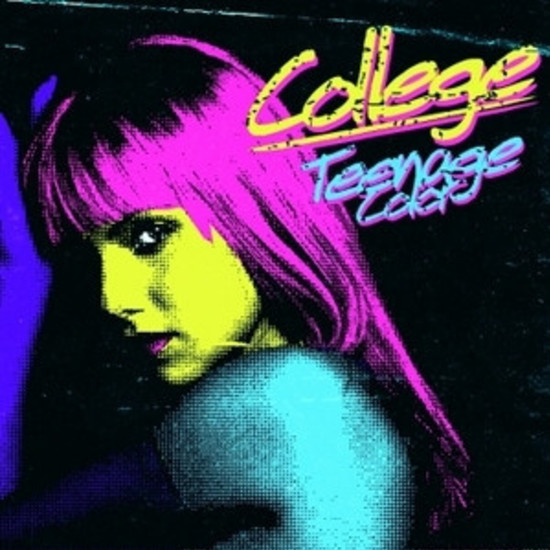 The continuing success of the ‘Drive’ soundtrack – still registering healthy sales almost two years on from the film’s release – is due in no small part to French electronica artist College, whose track ‘A Real Hero’ (featuring Electric Youth) was selected as the main theme to the film by director Nicolas Winding Refn. With over 13million views on College’s YouTube channel alone, ‘A Real Hero’ has proved to have a life beyond the film.

Now Invada Records, the label behind the hit vinyl edition of ‘Drive’, are to release College’s debut album, ‘Secret Diary’, and debut EP ‘Teenage Color’, on physical formats for the first time. Available May 6th, both titles will be released on vinyl and CD, with limited edition coloured vinyl also available. Fans of the ‘Drive’ soundtrack, John Carpenter, Daft Punk, Geoff Barrow’s DROKK project and other analogue-synth heads will find something to love on these beautifully atmospheric records.

The 80’s-esque cover art for both albums is perfectly executed, providing another reason to invest in College, particularly in the limited edition coloured vinyl editions – ‘Secret Diary’ is available in Lipstick Red or Cyan Blue, and ‘Teenage Color’ in Neon Pink or Yellow.

College is the alias of David Grellier, originally from Nantes, who as well as recording as College runs the influential Valerie label, renowned for it’s retro-futurist blend of inspired electro. Grellier is influenced by American 80s pop culture, and “80s soaps and an aesthetic which I particularly like: colour, images, silvery films and the sun – images of Los Angeles, Chicago and all other cities that continue to fascinate me.”