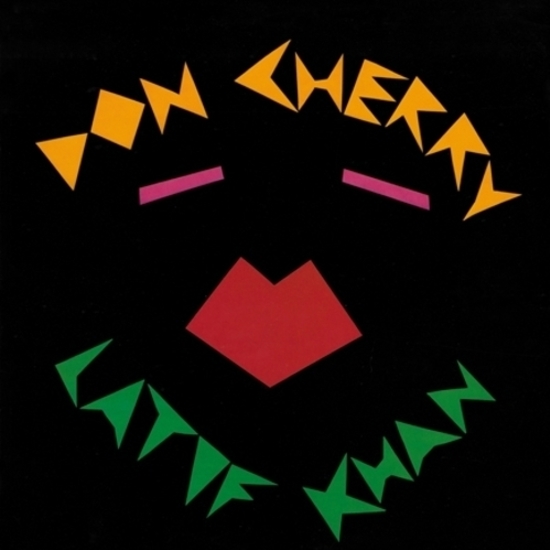 First time reissue of this forgotten album of Don Cherry. This album was recorded in 1978 in Paris and released only in France in 1981. That was the first meeting between Don Cherry and Indian percussionist Latif Khan and the result is an incredible mixture of jazz and Indian music. This unsung album is only known by hardcore fans of Don cherry who considered it as one of his best effort.

“T’ain’t what you do, it’s the way that you do it” is a famous song by the trombonist Trummy Young that has since become a saying that sums up beautifully the whole philosophy of jazz. Nothing could be truer of “Music/Sangam”. This recording made in June 1978 had (almost) never been released, but it has now finally been revived by Martin Messonnier, the inspired producer who had the original idea. Few American Indians have gone down in the history of jazz: the bass player Oscar Pettiford, a Cherokee Choctaw African American; the Choctaw African American Don Cherry, who hails from Oklahoma like Pettiford; and the pro-Indian rights tenor saxophonist Jim Pepper, a Kaw-Creek from Oregon, who has made three recordings with Don Cherry since 1983.

Equipped with a solid musical appetite and a flawless imagination, the public first got to know Don – although they did not always understand him – when he played the trumpet and cornet alongside Ornette Coleman. First in Los Angeles, then in New York, he was at the heart of the revolution in improvisation based on melody rather than harmony called “free jazz”, the last structural development in American jazz. Although he turned his back on this adventure that he undertook with Albert Ayler and a few other iconoclasts, he gradually became the chief initiator of unlikely musical combinations, slowly but surely working a string of “exotic” instruments and their cultures – India, Brazil, Africa, Indonesia and even China to name but a few – into his style.

The time was ripe for the emergence of world music, which was, with hindsight, a highly imaginative and attractive patchwork that often turned out to have little to it when all the folklore rubbed off. Don Cherry, on the other hand, has always showed total personal commitment to a worldwide vision of art and of the human condition. There’s nothing frivolous about his work and, although one could trace his extraordinary open-mindedness back to his family origins, his talent is all his own.

He quickly displayed a keen interest in the music of north India, experimenting with it on some of his recordings from 1971 onwards. He wasn’t the first though, as Joe Harriot (alto) and John Meyer (vina) had made the first attempts at an “Indo-jazz fusion” in 1965 in London. However, being an interesting pioneer isn’t enough: “T’Ain’t What You Do”, etc. Ustad Ahmed Latif Khan, a member of the Delhi garana (dynasty of musicians), was one of a new generation of accompanists (percussionists, sarangi players, flautists, etc.) who had built on the technical and conceptual skills of their predecessors to make their names as soloists and, soon thereafter, to take to the international stage.Latif stood out among these musicians because of his pronounced taste for irregular, extremely syncopated rhythmic cells of great variety and originality. If I dared, I’d make the comparison with Elvin Jones. Oh go on, I’ll dare!

Martin organised a European tour for Don and Latif, although they had never played together before. When he invited me to co-produce a recording of their encounter, I was worried by the possibility that what we were doing would come across as artificial, but I was just as excited about working with such exceptional musicians. However, the two musicians almost immediately treated each other as equals, displaying the same calmness, the same concentration… and a similar sense of humour.

“Sangam” means “meeting place” in Sanskrit. Don obviously knew exactly what he wanted to do, and nothing seemed to cause any problems for Latif, who immediately understood the American’s intentions, his fingers fizzing across the tablas at frightening speed, his perfect pitch making him the obvious person to tune the disparate instruments in Don’s armoury to those in the studio, which included a grand piano, a B3 Hammond organ and chromatic timpani.

It was Don who suggested that Latif overdub new tabla parts to enrich and add complexity to the first takes. We could reasonably have expected to spend the night doing this because this was the first time the percussionist had done this. It took him all of five minutes to get used to listening to the first tracks over the headphones before playing them without the slightest mistake. When we got to the timpani, which he was playing for the first time ever, his keen sense of pitch and tone once again did miracles. During one take, just for the fun of it Latif started to play a fairly slow, disconnected duple time, moving on to three and then four… all the way up to 19 by which time his fingers were whizzing invisibly across the skins, leaving us in awe and him looking as if he didn’t know what the fuss was all about. All this just made Don even keener to impress his musical companion for a day… and so he did, with great ease and a complicity created by their shared love of music.

Of course, the subtleties of this album call for greater analysis, for example the meeting between the Malian doussou n’gouni and Indian tablas, the Hammond organ taking over from the tampura, 5 1?4 time as if it were the easiest thing in the world, the reinvented Indonesian gamelan… and the lyricism of the (pocket!) cornet. Just let yourself float away on the music and you’ll find out it is well worth the ride. T‘ain’t what you do… 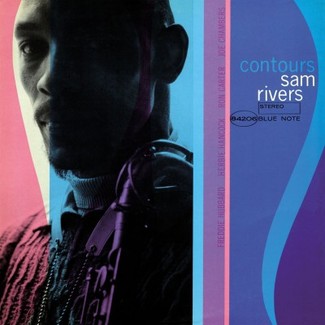