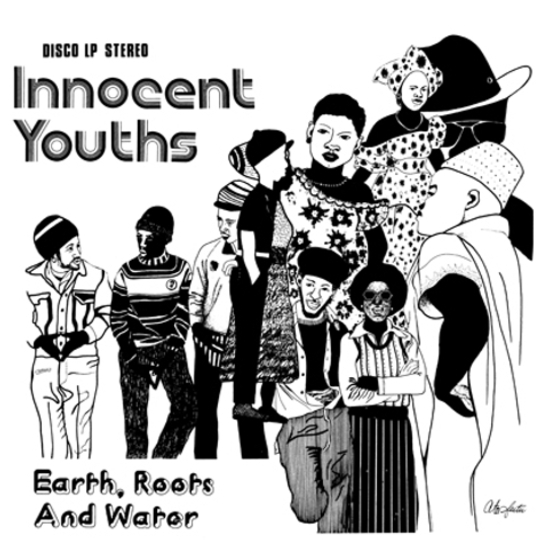 Earth, Roots & Water was initially formed in the mid-seventies to provide hard rhythms and tight backing tracks for the growing number of musical friends and family who ventured to Brown’s Malton, Ontario, basement studio. Over the years, a veritable who’s who of Jamaican music scene passed through Summer Sound to record with like-minded brethren. Jackie Mittoo, Willi Williams, Johnny Osbourne, Carl Dawkins, Leroy Sibbles, Stranger Cole, and King Jammy are just a handful of the label’s impressive roster.

By 1977, Earth, Roots & Water had developed into an engaging live entity as well, based around the talents of Adrian “Homer” Miller (vocals), Anthony “Base” Hibbert (bass), Colin “Zuba” Suban (drums), Matt Shelley (guitar), and Tony “KB” Moore (keyboards). Both a sonic and visual force, the charismatic youths soon found themselves performing in and around the Toronto area, opening up for The Police and The Stranglers while extending the UK-born punk/reggae love affair to North America.

In 2008, Light In The Attic Records along with Jerry Brown and Jamaica-Toronto series producer Kevin Howes (aka Sipreano) have decided to share this vital bounty to reggae fans the world over. Innocent Youths contains the complete studio album lovingly remastered from the original Summer Records master tapes. Over 30 years ahead of its time, this maverick material showcases the breadth of Earth, Roots & Water. Dig in…