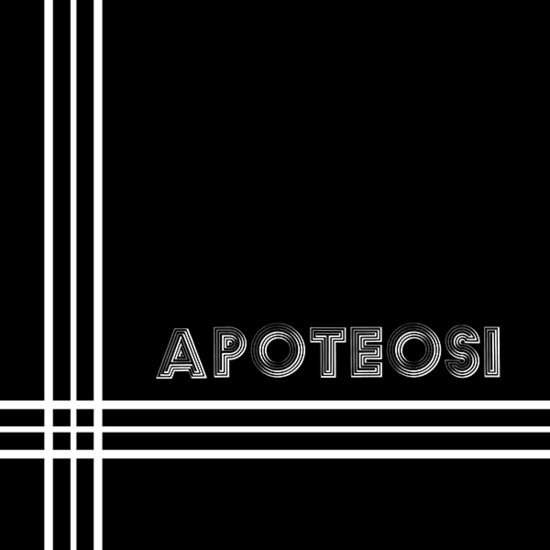 Apoteosi were a very rare, if not the one and only, progressive voice coming from the Calabria region. Their self-titled LP, released in 1975, therefore in a period of transition for the prog-rock genre, is undoubtedly one of the most emblematic LP’s and shows how a young and geographically completely ‘out of the loop’ group has been able to create a small jewel. “Apoteosi” is a work deliciously poised between pastoral and refined moments and darker and ‘crimson’ moods, with an extremely original approach and that still deserves to be listened to carefully after exactly 40 years.Almost every musician in the band will take off towards important careers in the music world, reflecting the talent of a group that even featured a 14-year old keyboardist Massimo Idà. There’s a curious “Coro Alessandroni” presence in the credits: “Apotheosis” was recorded in Rome, therefore we’re probably talking about the same Alessandro Alessandroni who at the time had already worked on many different soundtracks written by Ennio Morricone.The remarkable rhythm section and the musical cohesion of the musicians are standout elements in this LP, since they were able to create a musical continuum that holds a qualitative tension along the whole work; moreover, there is a close proximity to certain models the English progressive underground, rather than the Italian one, the Canterbury scene in particular.“Apoteosi” stands still today among the hidden and precious gems delivered from a florid era of artistic ferment.