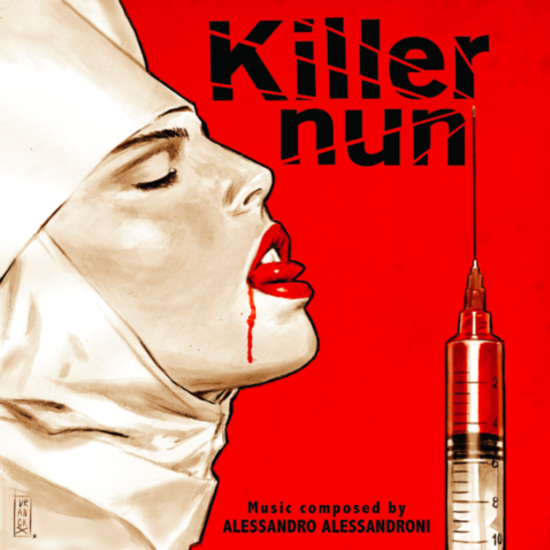 Death Waltz Recording Company is proud to present yet another soundtrack from the video nasty age, guaranteed* to cause you harm and go out and murder and rape others, this time in the name of the lord. Corrupting your mind this time is Alessandro Alessandroni’s score to Giulio Berruti’s nunsploitation classic KILLER NUN (aka SUOR OMICIDI). Anita Ekberg stars as Sister Gertrude, a member of the sisterhood who descends into shocking depths of homosexuality and drug addiction while shocking her little town. But while she’s undoubtedly deranged, is she guilty of murder?

Like the film, Alessandroni’s musical score is a strange one, opening with a religious choir and heavy piano notes. You might think that’s pretty standard for a movie like this, so Alessandroni starts messing with you by injecting some proto-hip hop beats with flutes and synth melodies. Things get stranger the further you get in as we have dissonant electronics that sound like chiptunes, funk beats, chilled electric guitar, and interludes of operatic vocals. And then there’s the amazing downbeat guitar piece that sounds straight out of a spaghetti western. It’s mad and it shouldn’t work – but you can probably say that about a movie called KILLER NUN anyway. This ain’t your normal convent!