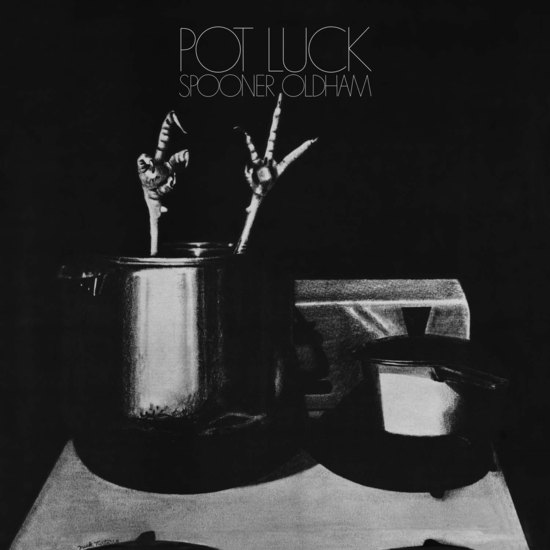 Oldham moved west in the late ‘60s when the patronage of bands like The Stones and The Flying Burrito Brothers made southern soul the in-demand sound. He joined the house band at Hollywood’s Producer’s Workshop and was soon playing for The Lettermen and Liberace. While recording the latter, it was suggested that Oldham make his own album. “I don’t really think I wanted it so much,” Oldham says now. “I think it was shoved on me. We’d got all this stuff set up, and now what do we do?"

Pot Luck is very much a record of two halves; Side A is an amalgamation of rarities penned with the likes of Dan Penn and Freddy Weller, while the B-side is a conceptual, seven-song medley covering some of the biggest hits Oldham played on, including "Cry Like A Baby,” “Respect,” and gospel standard "Will The Circle Be Unbroken.” The sessions were largely unplanned. “We just went in,” says collaborator Emory Gordy. “That’s the best way Spooner works.”

In 1972, the album was released and quickly sank. Before long, the Producer’s Workshop disbanded, too. Oldham carried on regardless, performing with The Everly Brothers, Bobby Womack, Gene Clark, Neil Young and–well, you name it.

With this deluxe reissue of his solo LP, it’s time for Oldham to get his own dues. “I don’t think anybody, anywhere, at any time, has ever heard it,” he says. “I’m just happy someone wants to hear it now."