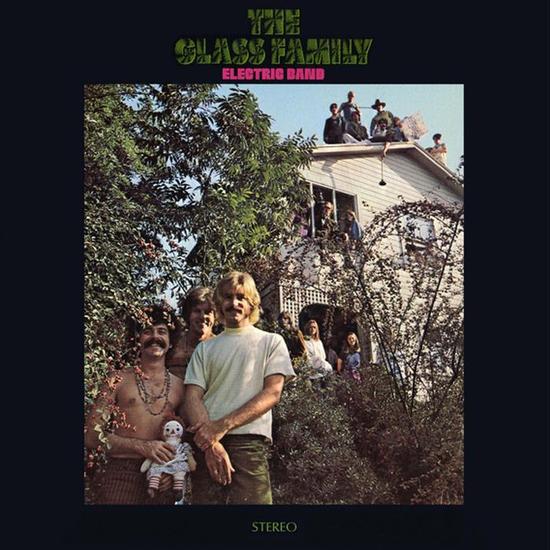 The origins of The Glass Family start in West Los Angeles. Jim Callon formed a band to play surf music and covers at frat parties to make some money. They went by a few different monikers at that point; the Carpet Baggers and the Soul Survivors amongst them. “Los Angeles at that time was a wonderful place to be," Callon said. “There were these pockets of communities all over the place. Everything [was] about what was going on and [what] we were a part of really had a good intention. It was people expanding their minds with LSD and marijuana. People just wanted to try new things and change the way that they were expected to live their lives.” A few years later when the band members were at Cal State LA for grad school, they changed the band name to The Glass Family. They played all over Los Angeles, gigging at notable venues like The Troubadour, The Topanga Corral and The Whiskey A Go-Go, sharing bills with The Doors, Vanilla Fudge, and Love. By 1967, they’d secured a record deal with Warner Bros. Records, who released their record in 1968. Although it never became the hit that they’d hoped for, the more important result was that the Glass Family were a piece of the puzzle of the times: playing gigs with Gram Parsons and The Flying Burrito Bros, Canned Heat, Big Brother and The Holding Company with Janis Joplin, and The Grateful Dead. “The gigs we played with The Dead at The Fillmore were the most memorable. Owsley Stanley would walk around backstage and place little paper cups full of coke or punch dosed with the best Owsley acid. Then he’d walk through the audience handing out cups." ‘House of Glass’ is the impressive opening track, full of tension and convincing vocals over some 13th Floor Elevators style grooves; ‘Once Again’ and ‘Sometimes You Wander’ are nice soft-psych tunes; ‘The Means’ is an excellent hallucinogenic flying into the Beatles territory; ‘Do You Remember’ is not far from Pearls Before Swine. ‘I Want To See My Baby’ has nice fuzz guitar, and reminds one of Country Joe & The Fish’s ‘Death Sound Blues’. We’ve always thought that this was one of the better underground psych albums, so we’re glad to see an official version hit the streets. Gatefold includes unique band photos and a biography of the band’s experiences in psychedelic 1960s Southern California.

The first LP is a reissue of the band’s original Warner Bros. album. The second LP contains unreleased tracks—how the band intended the songs to sound. Initial recording sessions for the album took place in the summer of 1967 with Richie Podolor (producer for Steppenwolf and Three Dog Night) at the helm. Those recordings were rejected by Warner Bros. So the band went back into the studio late in 1967 and early 1968 with Podolor in hopes of creating something more palatable to the label folks. These later sessions are what eventually comprised the original Glass Family album, “Electric Band.” The first Glass Family sessions from 1967 are what you’ll find on the second LP of this release.