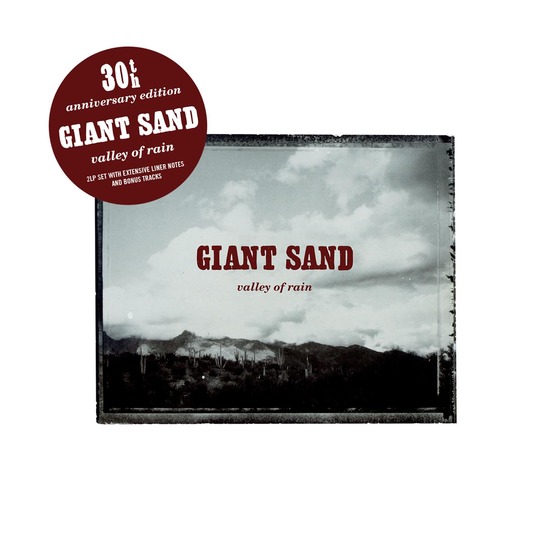 Marking the 30th anniversary since Giant Sand’s debut album “Valley of Rain”, Fire America brings you this limited edition 2xLP 30th Anniversary Edition. The first disc is the lovingly re-mastered ""Valley of Rain"" in its entirety, with the addition of the track “Torture of Love”, which was added by Howe Gelb himself. The second disc features extra material recorded as Giant Sand and the pre-Giant Sand line up “Giant Sandworms”, including a “Valley of Rain” remix, a “repaired” version of “Tumble and Tear” along with five fascinating bonus tracks compiled from live and radio recordings from the time period.