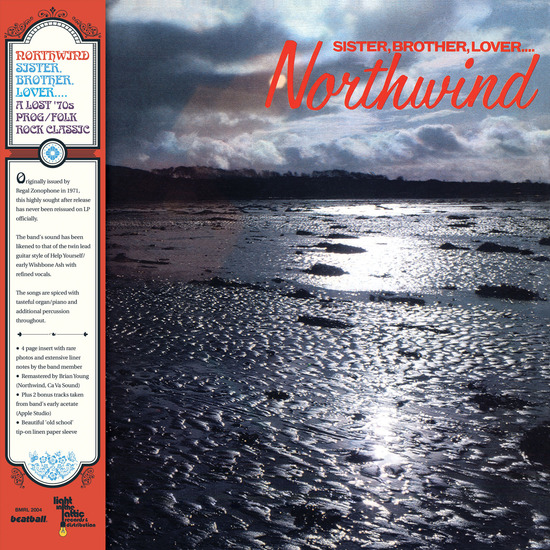 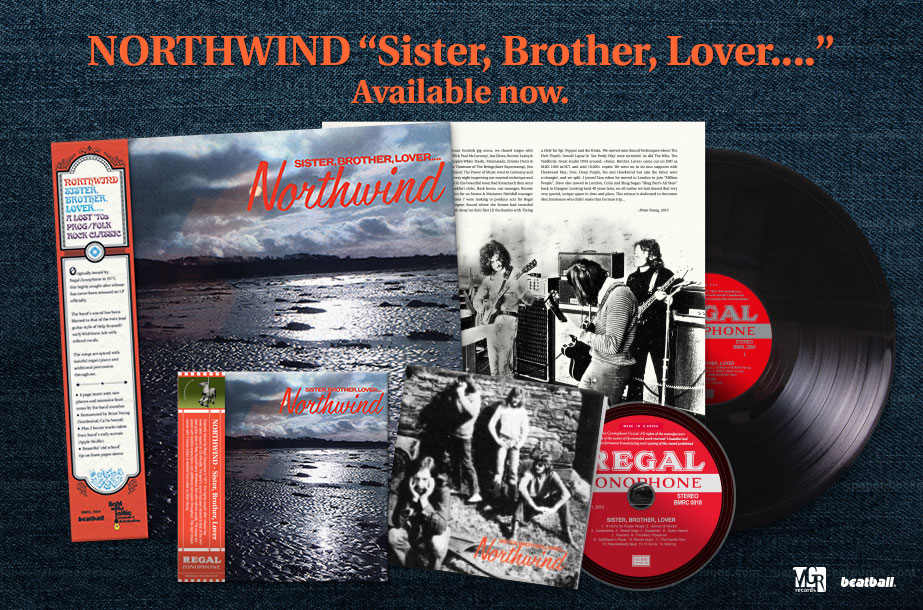 Originally issued by Regal Zonophone in 1971, this highly sought after release has never been reissued on LP officially. The band’s sound has been likened to that of the twin lead guitar style of Help Yourself/early Wishbone Ash with refined vocals. The songs are spiced with tasteful organ/piano and additional percussion throughout. The sole album from Scottish rock band Northwind reissued officially for the first time in over 40 years. Like most of the bands in the 60’s, Northwind started their career by playing local club shows, with their predecessor The Power Of Music playing an active part in and around Glasgow alongside more popular names like John Martyn, Frankie Miller and Marmalade. In the manner of forerunners like the Beatles they headed for Germany and got inspired to write songs for the album by the beautiful scenery they saw in Bad Kreuznach as well as psychedelic experiences they had in Frankfurt at the time. Once they came back in Glasgow they signed with the production company run by Tony Calder, former manager of The Rolling Stones and Marianne Faithfull, and then inked a deal with the emerging label Regal Zonophone to record their debut album. The recording took place at Regent Sounds Studio in London where The Rolling Stones, The Yardbirds and Pink Floyd also recorded, as well as at equally renowned Sound Techniques studio, while the final process of acetate disc cutting was overseen at Apple Studio. However, this acetate disc and the final track list were dismissed by dropping 2 songs in the middle and adding 3 songs before the release. Since many fans considered that these progressive rock tinged left-out tracks should have been the cream of this album, they were featured in the 90’s bootleg reissue, but with wrongly informed song titles taken from the beginning part of the lyrics written on the acetate version. This long-awaited official reissue includes these 2 tracks in fully restored versions with correct song titles (“Worlds Apart” and “The Candle Tree”).

Northwind’s debut album “Sister, Brother, Lover…” was released in 1971 on Regal Zonophone in the UK and France, selling more than 10,000 copies. The band went on tour supporting the likes of Fleetwood Mac, Free, Deep Purple, Yes and Hawkwind. However, without much support from the management and the label, they soon disbanded. Thereafter Brian Young built a studio in his basement for his musician friends and eventually became a renowned mastering engineer, while other members have also remained active in music throughout the 70’s to the present day. “Sister, Brother, Lover…” fuses the elements of various genres which made up the rock scene at that time. There are pastoral rock sound of the seminal pub rock band Brinsley Schwarz or Help Yourself (“A Home for Frozen Roses”, “Sweet Dope”, “Guten Abend”) and early prog rock (“Acimon & Noiram”, “The Candle Tree”) alongside powerful rock numbers such as “Castanettes” and “Quill”, all of which are beautifully recorded. 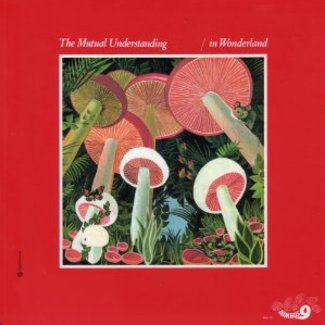 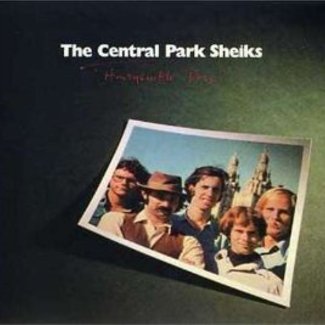 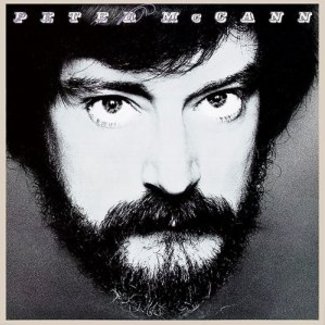 Peter McCann
One On One