Blood For The Return 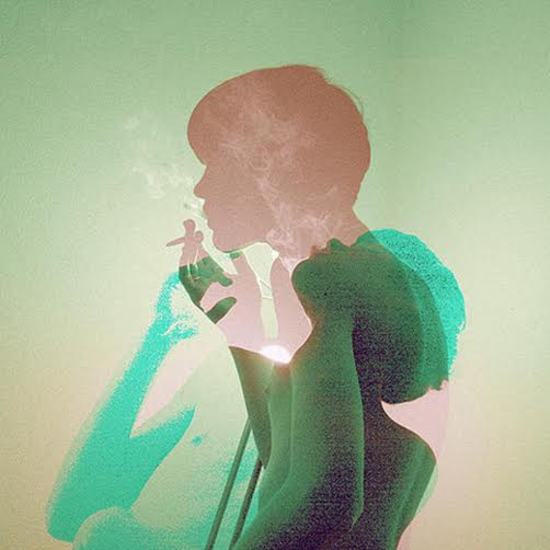 Blood For The Return

“Most people just start a band, reiterate what they like, get a buzz, and when it slows down they start a new band — but it’s like a new name with mysterious photos. But it’s all the same people. You see the stuff over and over again.” – Johnny Jewel of Italians Do It Better in a Pitchfork interview from 2012.

The above quote contains an extra layer of meaning considering that Johnny Jewel himself has an occasional solo recording project that also uses the name “Mirage”. This Mirage is not him. Nor is this Mirage who it was pretending to be. But, of course, what better name to use than Mirage when attempting to pass off a false persona to the world?

Earlier this year I was contacted by Robin Nydal, aka Mirage, a 19-year old musician from Los Angeles who had just put his debut album titled “Blood For The Return” on Bandcamp. His initial email solicitation was bizarrely unconventional — instead of asking me to listen to his songs he only wanted me to listen to very brief sections of his songs — to quote his first email in full:

So I took the bait on the novelty of a hopeful musician asking me to listen to only the “good parts” of their songs — the problem was that I didn’t hear why the prescribed sections were any more remarkable than the entirety of the album. It was a stunning listen from start to finish and I was quickly on board to help him release it, not fully realizing what I was getting myself into. I was soon reminded of that saying: “fools rush in where angels fear to tread”. In the following months, while the brief 6-song album metamorphosized into a full-length 11-track monster, the myth behind Mirage underwent a complete deconstruction as well.

I’m accustomed to working with some very eccentric artists but nothing could have prepared me for the Twilight Zone that is Mirage. Dozens upon dozens of insane, demanding, and non-sequitur emails – every single day. Ranging from hilarious to bratty to downright menacing — it was like being in a movie — my very own “psychological thriller” — heavy emphasis on “psycho”. First he asked if he could transfer his Bandcamp account over to OESB because the income he was making off sales was jeopardizing his family’s status as welfare recipients (?!?!). His story didn’t completely make sense and his home address pointed to a nice neighborhood in a Los Angeles suburb — so the request was a head-scratcher — but sure, done. In the meantime I had sent his music to a couple of writers which resulted in some enthusiastic coverage on both Pitchfork and Fader. About a week after the articles appeared I received a cryptic email from Jack Shankly of Weird World/Domino requesting a phone call. Since OESB had been more or less dormant I assumed that he wanted to speak with me about Mirage. When I mentioned Jack’s request to Robin he said “well, I’m in neck-deep with you but I am already in knee-deep with Jack” !?!? “What does that mean exactly?” I replied and then Robin explained that he was already under contract to Weird World/Domino for all of his music but “don’t worry about it — what are they gonna do, spank us?” !?!? So this kid was frustrated that Domino was in no rush to release his music so he came up with a new project name and started shopping it around in hopes that Domino wouldn’t notice — and of course made no mention of any of this to me until Domino came calling. Oops, looks like your cover is blown kid!!

I knew that Robin Nydal was a clever but fairly obvious pseudonym: Robin = BOB & Nydal = DYLAN. But “Robin” certainly acted like a bratty 19-year old who was still living with his parents. So how did boy genius already have this secret record deal with Domino? A few minutes of Google-searching shed plenty of light on the poorly constructed mystery. The Blood For The Return cover image had been used way back in 2010 for a write-up on one of his previous projects — and his list of guest musicians on BFTR led to articles on several other past bands he’d been in with the same guys. Robin used a different pseudo-name as the bandleader for each, but there was nothing for him to be ashamed of — all of the previous bands made extremely well-crafted experimental pop that had generated some healthy blog buzz yet failed to break into the indie mainstream. Curiously in nearly every write-up between 2009 and 2012 the music for these different projects was credited to a “19-year old from Los Angeles”. Guess he’s got one of those “fountains of eternal youth” in his backyard!!

“And so I wake in the morning, And I step outside, And I take a deep breath and I get real high.. And I scream at the top of my lungs What’s going on? And I say, hey hey hey hey… I said hey, WHAT’S GOING ON?!?!”.

BUT IT GETS EVEN STRANGER FROM THERE — his Wolfmother-esque high-school rock band was somehow able to secure a slot as the opening act for The Who’s Roger Daltrey on his North American tour in 2009. WTF!?!? Turns out that Linda Perry from 4 Non-Blondes had discovered a 13-year old Mirage at a Guitar Center (of course!!), bought him a guitar as a gift that very same day, and took him and his friends under her wing as their “manager/band mom” for six years. But after getting thrown into the deep end of the pool on the Daltrey tour their debut release flopped and they disbanded to pursue a series of re-inventions that leaned more towards proggy art-rock. Each project sounding more haunted and lo-fi until crystallizing into the funhouse-mirror mindfuck that is Mirage.

So that helps explain some things — Mirage is suffering severe Post Traumatic Stress Disorder from his teenage music-biz experiences and close calls with rock stardom. Too much, too soon. The big dream was within reach yet slipped his grasp. Now he’s a lunatic making recordings far more hermetic in nature — while playing twisted mind-games with record labels and the world at large. But, ultimately — none of this failed mythology matters. Because the music is coming from a very real and unique place. The intricately convoluted fantasy realm that he exists in reveals itself in vivid colors upon listening to these songs. That’s why Mirage has been compared to pop-experimentalists from the 70?s like Robert Wyatt, Van Dyke Parks, and Peter Gabriel — all of whom were known for going “beyond the song” and creating their own idiosyncratic sound-worlds. For a more contemporary point of reference Pitchfork’s Jayson Greene said that Mirage “recalls what a Grizzly Bear demo might sound like that had spent the last ten years buried in someone’s vegetable garden.”