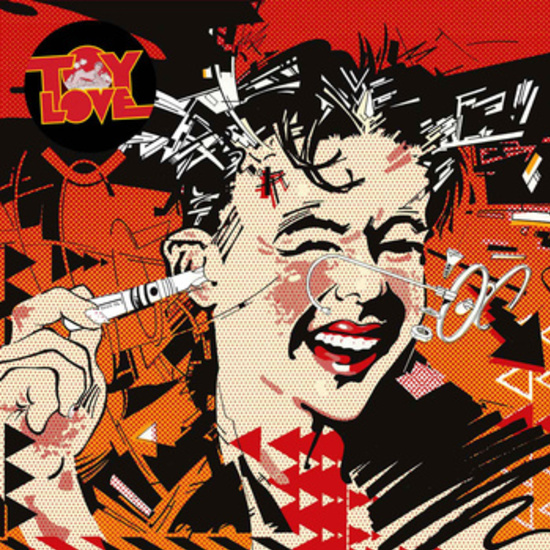 The 28-track compilation collects all the A & B sides of the three Toy Love singles, plus the best demos from 1979, a live track and even a radio jingle. All mastered for vinyl, straight from the original analogue tapes, no nasty CDs nor digital sources were used at all.

Housed in a gatefold jacket, a 24 page booklet accompanies the release with photos, ephemera and commentary from Toy Love. While, the back cover features a sketched cartoon of an early Toy Love flyer drawn by Chris Knox.

Evolving from Dunedin band, The Enemy, Toy Love had a brief but bright existence between January 1979 and September 1980. Invoking the ghost of punk and the melody and creativity of 60-70s pop, they were peerless at a time when New Zealand music was still struggling to imprint itself on the national consciousness. They became a model for local musicians around the country and inspired the birth of Flying Nun Records – a label which many from the band went on to work with, including Chris Knox and Alec Bathgate with the Tall Dwarfs and Paul Kean with The Bats. Then, in 2005 Flying Nun released Cuts, a double CD anthology of Toy Love material.

Electrifying and unmissable, Toy Love made an impact on all who saw then, and continue to do so around the world today.