Silver Apples Of The Moon 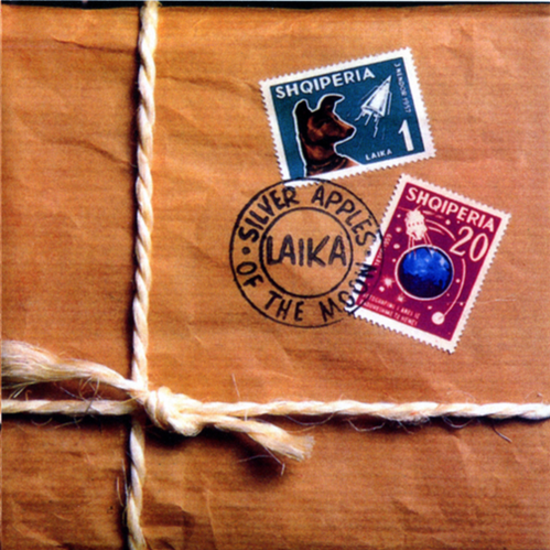 Silver Apples Of The Moon

Medical Records continues on it’s exploration of seminal 1990s reissues with the 1994 masterpiece “Silver Apples Of The Moon” by England’s Laika. Originally released on the iconic Too Pure label in 1994, this record has long been out of print on vinyl. The members of Laika hailed from various interesting places. Margaret Fiedler was actually born in Chicago but relocated to London to pursue musical interests and was one of the vocalists and songwriters for Moonshake (also on Too Pure) as well as a previous member of Ultra Vivid Scene. Guy Fixsen was (and still is to this very day), a renowned audio engineer and producer. In fast, he was involved in the infamous production of My Bloody Valentine’s “Loveless”. The bass player John Frenett was also in Moonshake and left that band the same time as Fiedler after their first USA tour. The drummer, Lou Ciccotelli, had previously played in Kevin Martin’s band God. The band also had a saxophonist, Louise Elliot. “Silver Apples Of The Moon” was Laika’s first album and is almost unclassifiable. Taking a very forward-thinking approach, the sound is the result of a very unique equation of live drums/percussion, layered guitars/samples, and diverse analog tones that all fuse together to form a hypnotic polyrhythmic combination that was truly original. Too Pure was known for it’s cutting edge roster including Seefeel, Mouse On Mars, and Pram. Laika was certainly no exception to these game-changing artists. The opening track “Sugar Daddy” explodes from the first note into a percussive frenzy that is quite dizzying before it smolders a bit and is layered with various samples that propel the track. “Coming Down Glass” exudes a more mutated trip-hop form with thick powerful bass lines. Other standout tracks include the intense “Red River” and the harder track “44 Robbers”. While it is exceedingly difficult to draw any similarities of this album with other artists, one can make loose associations (or at least influenced by) some of the most challenging percussive experiments of Miles Davis, the brilliant exotica of Martin Denny, and the gut churning bass magic created by Jah Wobble in early PIL. Fans of the crucial and long lasting mark left by the Too Pure artists such as Pram and the like will definitely need to own this album if they have never heard it. For most fans, the original vinyl LP was not available or accessible (especially in the USA).