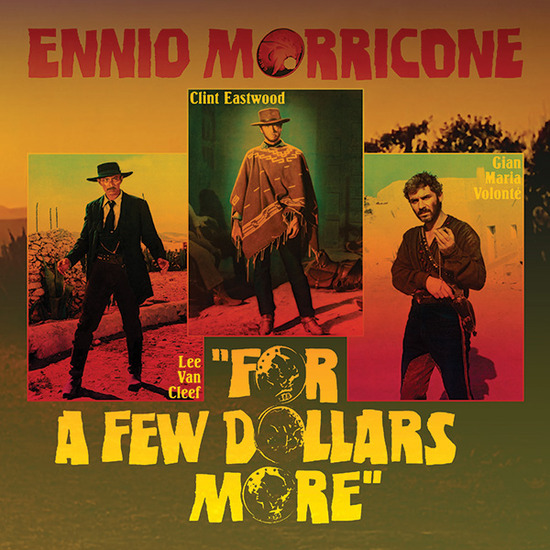 In 1965 the previous year’s film “A Fistful of Dollars” by Sergio Leone, thanks to its success, had already helped to codify and massively increase the popularity of the ‘spaghetti western’ genre, together with the one the two lead actors Clint Eastwood and Gian Maria Volonte. “For a Few Dollars More” is natural prosecution of that movie, with the addition of a third protagonist – Lee Van Cleef – who joins the already mentioned two actors: a triad that made history, for another masterpiece Sergio Leone’s masterpiece.

Ennio Morricone’s music is equally important. The Maestro here chooses a ‘poor’ registry, consisting of folk instruments such as ocarina, Jew’s harp and chimes, respectively used to accompany the entry stage of the three main actors. But there are, as usual, the contributions of Alessandro Alessandroni and his Cantori Moderni choir, for an incredibly exciting final result. This edition sees the eight tracks of the original score in a brand new layout.