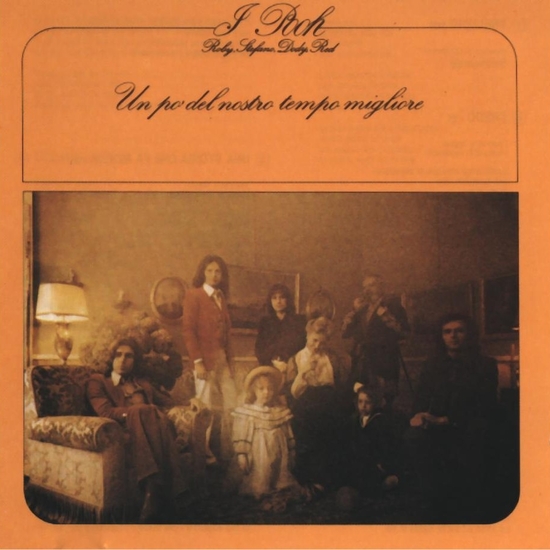 Preceeded by the huge success of “Parsifal”, the seventh I Pooh’s had undoubtedly been influenced by the fame of its predecessor. Yet it has nothing to envy, it goes in fact even further on the bombastic symphonic pop path forged with mastery since “Opera Prima” (1971).

Listeners who liked “Parsifal” will immerse themselves in the tracks of “Un po’ del nostro tempo migliore”, and will surely admire the acoustic hints of “Fantasia”, the instrumental “Mediterraneo” and the final suite "Il tempo, una donna, la città”. The tracks are more structured than before, and in fact, apart from sporadic airplay, the album was not supported by any 45rpms, a very unusual fact, especially for a band as popular as I Pooh.

“Un po’ del nostro tempo migliore” is, like “Parsifal”, a must for fans of Italian prog. It is the pinnacle of an about 10-year long evolution, a peak that the band would never be able to reach in the subsequent decades.

This reissue is a faithful reproduction of the original edition, and includes the inner 8-page booklet.