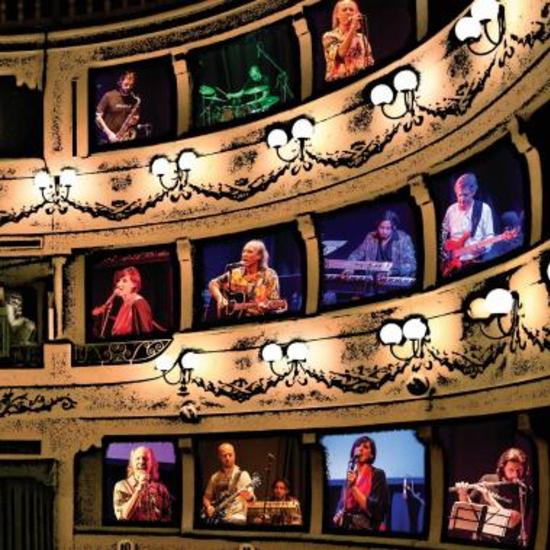 It’s more than five years that in Elba a particular character, popular to many musicians who grew up around that island shores, is celebrated upon his passing away: his name was Pino “Trick” Catanzaro, a long-time friend of musician and painter Luciano Regoli. The 2013 edition of that event, which took place at Teatro Napoleonico dei Vigilanti in Portoferraio, was made under the flag of italian progressive rock, and saw the participation of La Maschera di Cera and La Nuova Raccomandata con Ricevuta di Ritorno.

Also with the artwork, a collage of live photos taken during the concert, a short story by Luciano Regoli tells about those old days between the ’60s and the ’70s, and the adventures of the young Regoli and his friend “Trick”.