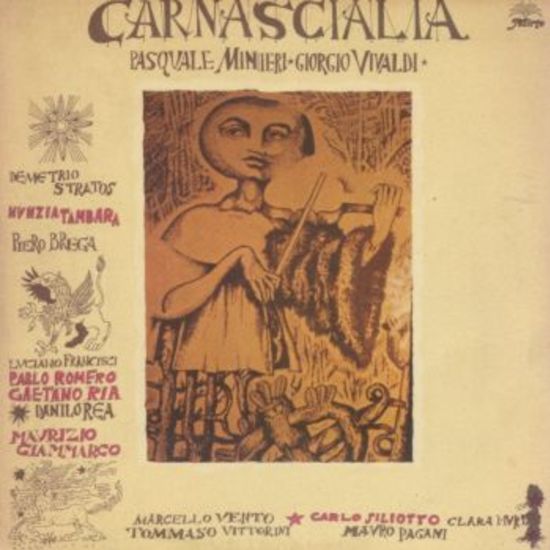 This is a super-project that was initiated by Pasquale Minieri and Giorgio Vivaldi from Canzoniere del Lazio, one of the main bands of Italian progressive folk from the ‘70s. The line-up is here extended to a group of fourteen elements, making it a small folk music orchestra.Two really special guests make the difference: Mauro Pagani (violin and mandolin) and Demetrio Stratos, whose unmistakable voice recites the verses of “Fiocchi di neve e bruscolini”. The only Carnascialia’s self-titled LP was released in 1979, a few months before Stratos’ death, which was honored by the same musicians in the famous concert in his memory at the Parco Lambro in Milan. Although the heyday of Italian progressive rock was already long gone, with this LP Carnascialia demonstrated that it was still possible to make music far from the new trends imposed in the late ‘70s (punk, new wave, dance, electro). A unique work, combining world music, folk and jazz, sometimes introspective and meditative. A little gem that deserves recognition.