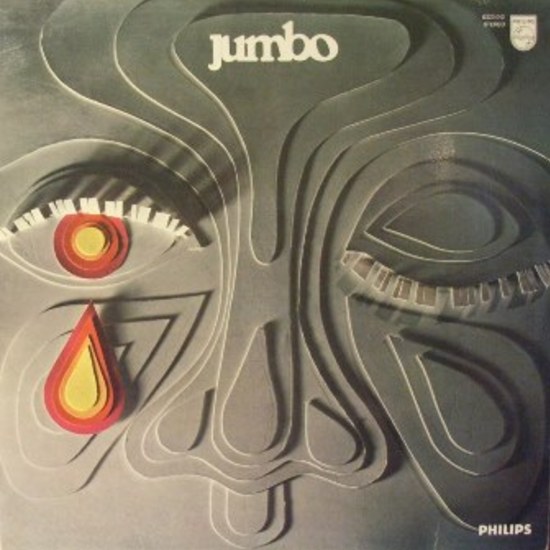 Issued in 1972, Jumbo’s debut album – at the time it was a pseudonym used by songwriter Alvaro Fella – saw the light on an important record label, Philips, following the release of two 45rpm’s by Lucio Battisti’s Numero Uno.

Even if it shows just a few hints of what will soon explode in the masterpiece “DNA”, “Jumbo” does not deserve to be neglected by the Italian prog passionate, as a fundamental step in the band’s evolutionary path. Songs based on a mere acoustic guitar, and then dressed with rock, blues and sometimes funky arrangements; over all, then, we have the raw and ungraceful voice of Fella, an iconic musician whose personality should stand besides other historical singer’s ones, such as Demetrio Stratos (Area) or Francesco Di Giacomo (Banco del Mutuo Soccorso). Jumbo’s line-up is the same that will record the following “DNA”, where the song “Dio è” will become part of the 20-minute “Suite per il Signor K”. Jumbo’s eponymous LP is now repressed for the first time in over 40 years.

A work considered minor by many, that must be absolutely rediscovered. A must have!