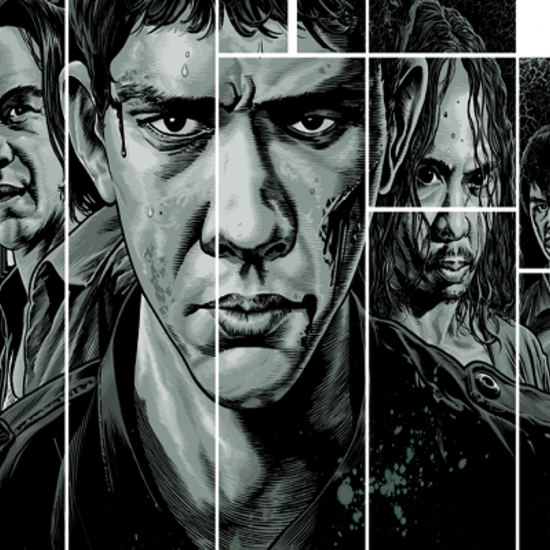 Are you ready for your socks to be knocked clean off? Death Waltz Recording Company is exceptionally proud to bring you a huge world premiere release that will sweep your legs away while punching your face to custard with Fajar Yuskemal and Aria Prayogi’s original score to The Raid. Directed by Gareth Evans, this explosive masterpiece of Indonesian uber-action has already been recognised as one of the greatest action films ever made, but few people know that when it was released in the UK and US, its music was replaced in favour of a score by Mike Shinoda (of Linkin Park) and Joseph Trapanese.

Quite frankly, the original score kicks its successor’s ass, hard. Coming from Indonesia, the duo of Yuskemal and Prayogi seemingly not only have a geographical connection but a spiritual one as well, leading to a profundity in their music that can’t be matched. Full of muscular electronics and battering percussion, it feels like not only a score but also a workout. Electric guitars give an edge and at times the music reaches up to a post-rock crescendo, while ethereal textures give a nod to the insane world the film takes place in, and it all comes to a head to bring you one of the finest action scores the world has ever seen. You don’t just listen to The Raid – you experience it.