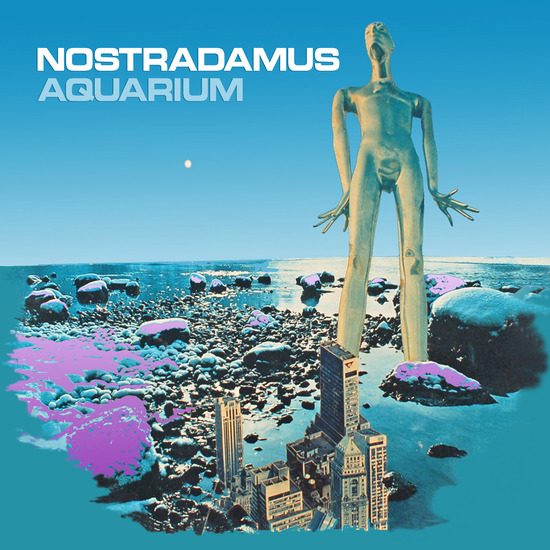 At the end of the sixties, Vienna, Austria’s capital, was a special place to live and to grow up. While young people in England and the USA had been nurturing their “love & peace” movement for a few years already, Vienna was stuck in the past. The youth in particular suffered under heavy conservatism during those years. But it could not prevent three high school buddies from forming a band that became the seed of "Nostradamus“.

They focused mainly on its own music but of course there were lots of influences by bands such as The Jimi Hendrix Experience, The Cream, The Who, The Free and later The Flock, Gentle Giant and King Crimson. Recordings were made at the Mueller and Bronner studios and Nostradamus received airplay and attention at the main radio stations. In the early 70’s their producer turned down the offer to release the album on a German label, so here we have for the first time on LP the amazing album by Nostradamus. With Mario Bottazzi and Hansi Lang on vocals, Rudy Kronfuss on guitars, Helmut Wind on bass, Hans Kalenda on drums, Heribert Wagner on violin plus others. This recording became a lost gem, full of Underground vibes and very well produced. Beside Lazarus and Novaks Kapelle this is one of the best Austrian albums.