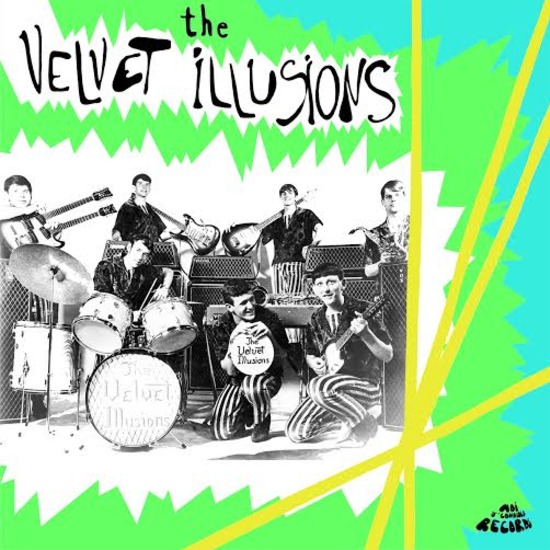 Following the success of our HUMAN EXPRESSION record, we thought we would continue our search for forgotten Californian bands of the late 60s.

Having unfortunately fallen into the pits of oblivion, The Velvet Illusions were never given the honours of a full LP. Hailing from the American Northwest, the young fellows (aged 14 and 17 at the time) soon moved to Hollywood in the hope of finding glory and success, but the 7” was plagued by bad luck and ended up in the unwanted tray. During the year 1967, three A-sides and respective B-sides gave the band a legendary aura, with their angelic faces, their VOX amplifiers and their weird double-necked guitars. Now their ten rare gems, which were first produced as a whole in 2011 by US-Tune-In label, are finally available as an LP!

Organ and saxophone, unbridled fury, a trip through garage music from acid beats to anti-pot-smokers ballads (!!!), this record paints a bizarre picture of what American youth in the 60s was trying to do. A movement away from tradition, fascination for Afro-American music, emancipation, rapport to drugs, etc.: The record acts as a historical testimony of the late 60s about to fall into the next decade with its Vietnam war and disillusionment. As such, it is Steve Weed, young rock god who wrote and sang most of the songs and his mates’ illusions, as velvety and analytical as they are, that were etched into vinyl to travel through time and remind us that there is nothing as classily American as the sound of the 60s. And the ten tracks are as intriguing as they are catchy, with inspiring sing-along melodies that break the aesthetic mould of most bands of the time. We’re miles away from the mainstream and from Woodstock; we’re much closer to garages and small town venues. They could have toured with 13th Floor Elevators, and The Doors even, but the music industry was having none of it, and the record remained a unique piece of work.

This beautiful release acts as a tribute. Randy Bowles is still alive and was deeply moved by this belated yet well-deserved acknowledgement. The man is now over 60 and lives in his Seattle home, where he still plays his tracks, with acoustic guitar and warm timbre, “forty years” later as he puts it. You can even find him on YouTube!

1,000 copies will be made, with silk-screened cover and sleeve notes, since there is a heavy demand for such sounds, suited as much to your living room as for a party. A beautiful record for an unfortunate band! Coming this February on Moi J’Connais Records. 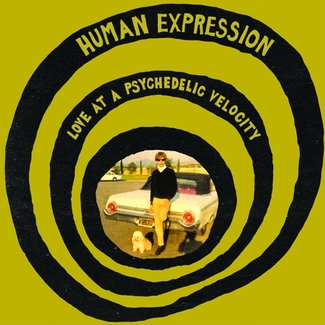