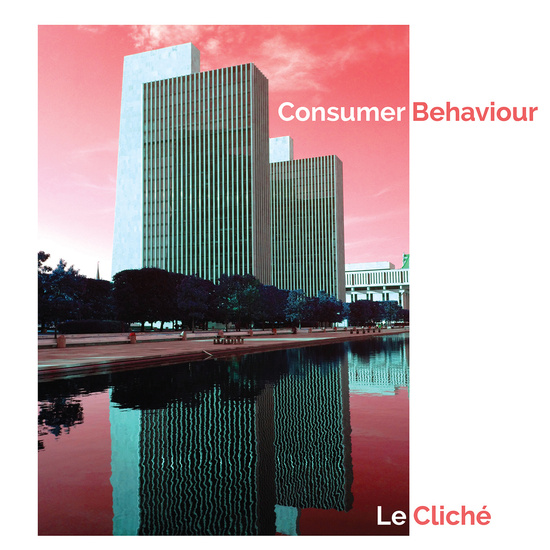 Medical Records presents the debut full-length release of Le Cliché, entitled ‘Consumer Behavior’. The album consists of 11 songs influenced largely by European synth pop of the late 1970’s and early 1980’s (The Human League, John Foxx, OMD, early Depeche Mode, Japan, Gary Numan, Propaganda and Kraftwerk.). More recent influences include the first album by Miss Kittin & the Hacker, Tiga, Benny Benassi, Erlend Øye and Ladytron. The music might be best described as minimal synth, synth pop, postmodernist, cold assembly line with neo consumerist themes, based on the use of synth sequences and virtual voices. The inspiration for the subject matter of the songs comes from the many inconsistencies and ironies of the current consumer and consumption centered society in which we live. Le Cliché is the synth project of Gerard Ryan, native of Limerick (Ireland), Associate Professor of marketing and consumer behaviour
at the Rovira I Virgili University in Spain and a Visiting Fellow at Cornell University, New York. Le Cliché was initially established in 1984 when Ryan was a teenager, but later the project was put on hiatus in favour of a career in academia. Le Cliché was re-ignited in 2012, motivated by the appearance of new music from the 1980s that was being rediscovered and released by a host of relatively small but hugely motivated new record labels including Medical Records, and the like (and groups such as Dark Day, Mathematiques Modernes, Bal Paré, Ceramic Hello, and Experimental Products). When in 2012 the track ‘Waiting on the Internet’ emerged as a reflection of Ryan’s doctoral research on the frustrations and anxieties experienced by consumers when interacting with computer technology in the use of the Internet, the Le Cliché project was revived. Since then the main source of inspiration has come from Ryan’s work as an academic, taking a critical view of the inconsistencies of the marketing centered
approach to business and the all-pervasive reach of marketing activities in our daily lives as consumers (rather than citizens). All of the tracks on the album are from the 2012-2014 period except for ‘I woke up this morning (like I always do)’, which is a reimagining of a 1984 demo of the track entitled ‘I dreamt I was dead’. Two tracks on the album reflect on the everyday mundane, often drab, act of waiting in line, whether in situ, on the phone or on the Internet (‘Thank you for holding’ and ‘Waiting on the Internet’). ‘Production Line’, is the mostly instrumental opening track to the album which clearly displays its Kraftwerkian influences. ‘Production Line’ reflects on the so-called sweatshops that produce many of our most beloved brands but often fail to adequately compensate workers for their labour or protect basic worker rights. It contemplates the fact that that most of these workers will never be able to afford the designer brands they churn out day after day in overcrowded factories and often-deplorable conditions. Other tracks deal with topics which are more personal and intimate such as Aquaphobia and Ventolin, thus giving some indication of the personality behind the music. The album was written and recorded in Catalonia, Spain (2012-13) and during the harsh winter of 2013-14 in frozen upstate New York, USA. The Le Cliché sound is
attained by combining a mix of old and new technologies. In this sense, both analogue and virtual instruments are employed thus obtaining a unique mix of old and new technologies.