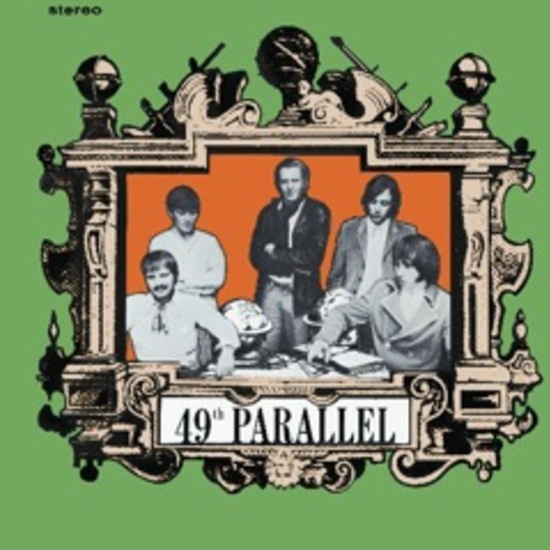 • First vinyl release since their initial pressings back in 1966-68!
• LP limited to 500 copies
• One of the top Canadian rock bands of the psychedelic era
• Companion piece to our sold out reissue from earlier this year of the band’s only album

All of 49th Parallel’s singles and b-sides + rare alternates, on vinyl for the first time since their initial pressings back in 1966-68! The band’s first single, ‘All Your Love’, was recorded in 1966 as the Shades of Blond; it was previously only available on a staggeringly rare EP featuring Calgary bands. Their debut as 49th Parallel came with ‘Laborer’/’You Do Things’ in mid 1967, followed by ‘She Says’ b/w ‘Citizen Freak in early 1968: four hard-edged garage punk tracks—tough, and thick with fuzz guitar and a defiant sneer. The next single, ‘Blue Bonnie Blue’ b/w ’Missouri’ appeared in late spring of 1968. In the spring of 1969, the beautiful ‘Twilight Woman’ b/w ‘Close the Barn Door’ zoomed up the charts across Canada and parts of the USA. Both ‘Twilight Woman’ and the hit follow-up, ‘Now That I’m A Man’ b/w (Come On Little Child &) Talk To Me are melodic pop/psych of the purest and finest kind. One more post-LP single and a couple of rare tracks round out the story. Fifteen tracks all told on this, the ultimate 49th Parallel vinyl collection.