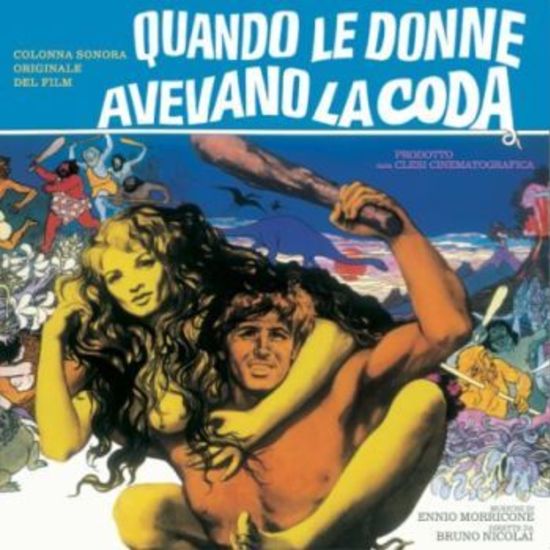 Quando Le Donne Avevano La Coda (When Women Had Tails) is the soundtrack to a bad Italian ripoff of One Million Years BC (Raquel Welch invents stoneage bikini etc) recorded in the late 1960s when Morricone was at the height of his psychedelic period.

The music is colorful (that’s an understatement!), bouncy, gooey, and completely irresistible. To Morricone fans, this is worth whatever you’d have to pay to get hold of it.

More than this, Quando Le Donne Avevano La Coda is one of the rarest Morricone’ scores, with original copies changing hands for 500 euro!!! Originally released by CAM in 1970, it never gets a vinyl reissue since then. Orchestra directed by Bruno Nicolai, featuring Alessandroni’s Cantori Moderni.