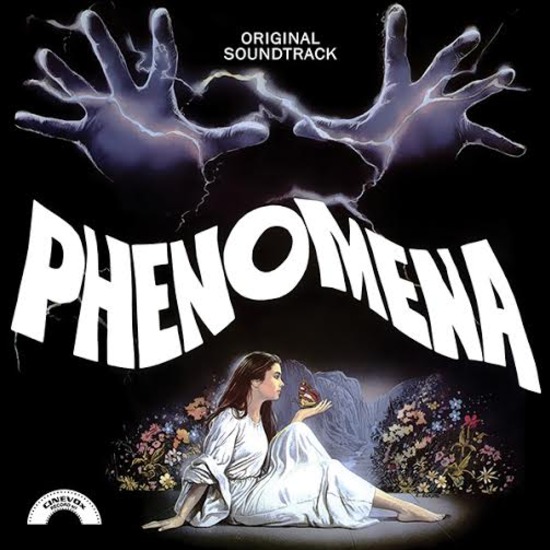 “Phenomena”, a film by Dario Argento from 1985, is today an international cult classic of horror cinema, born once again from the Italian director’s incredible imagination. The original soundtrack was a mix of songs from the duo Simonetti-Pignatelli, made specifically for the film, together with others already published by Iron Maiden, Motorhead, Andi Sex Gang and Bill Wyman.

A fragmentary score, that in this reissue edited by AMS Records makes sense now, as it focuses solely on the production signed by the two original Goblin members, Fabio Pignatelli and Claudio Simonetti. The tracklist editing of this release and the inner notes have been delivered by Fabio Capuzzo, author of the Goblin encyclopedia “Sette Note in Rosso”, while the collector Roberto Attanasio has provided the iconographic material relating to the various editions of “Phenomena” since 1985 to this day!