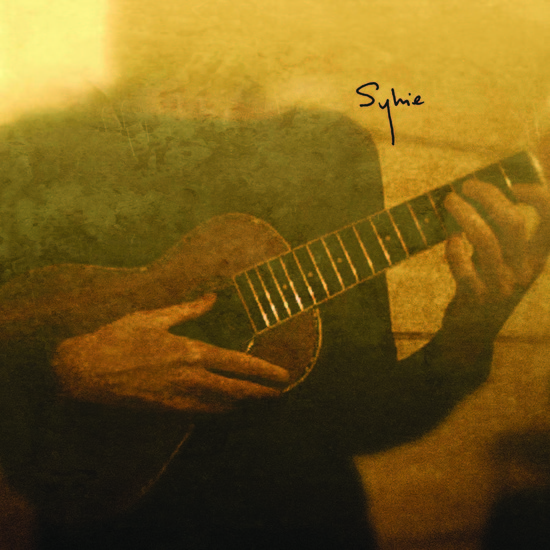 “A lovely voice, a unique voice, the kind of voice that people will get into- that they’ll want to get into.”
- Bob Johnston

“Fragile and fearless, direct and poetic, such a beautifully constructed and timeless album…Rosalie Sorrels meets the Only Ones!”
- Devendra Banhart

Light In The Attic has an impeccable reputation for uncovering rare and precious albums from the past. Their latest release, Sylvie, is haunting and out-of-time—but it is also a brand-new, original debut album, by a singer-writer who has been making music since she was a little girl but just for herself. Like Devendra Banhart says, Sylvie is “a gem of an album, fragile and fearless, direct and poetic, timeless and absolutely beautiful. Like Rosalie Sorrels meets the Only Ones.” Or Isobel Campbell on a lost desert night, maybe, with only the moon and a ukulele for company.

The raw, delicate, and sensual songs about love and love gone wrong are performed on a ukulele, which here sounds like a broken harp or a heartbroken guitar. “I’d always thought of the uke as a toy, a little handful of happiness," says Sylvie, “but not any more. My first ukulele—in fact all my ukuleles—came to me by accident, under strange circumstances usually involving mysterious, vanishing men. From the moment I picked it up, I fell in love. A uke has a sad, fractured sweetness and a modesty. It doesn’t try to impress you, it almost apologizes for being there. The notes are like feathers; you play them and they’re blown away in a second. And yet these songs kept coming through this tiny instrument with all their heartbreak and truth intact.”

The first person to hear them was Howe Gelb of Giant Sand. “I’d send them one at a time, as I’d written them, and if I left it too long before sending another, he would ask for the next installment. We would talk about recording an album of them one day, and we did.” Meanwhile, she began to make tentative moves back onto the stage, having abandoned it in her teens due to “paralyzing, deer-in-the-headlights stage fright. I guess as you grow up you become a little inured to that particular pain,” Sylvie says. “Or there’s so much other pain it gets put in perspective.” Starting at the deep end, she performed solo at SXSW, going on to play a number of shows under the radar with celebrated guest musicians.

Late last year, in a gap between tours, Howe lured Sylvie to the desert where they recorded live to tape in Wavelab Studio in Tucson, with Thoger Lund playing upright bass and Howe, who produced the album, backing her brilliantly on guitar, synthesizers, and piano. “I was staying in Tucson in a motel with no car, running alongside the freeway in the hot morning sun, and then we just went into the cool, dark studio and played. No rehearsals and no going back. It was magic. We planned to record ten of my songs, including a couple I’d just written. We ended up with twelve: one spontaneous cover, and an instrumental with all of us gathered around Howe’s piano, which sounds like the soundtrack to a lost David Lynch film.”

It’s apt that the album should be made in such a musically evocative setting, because another love affair that informs the record is that of Sylvie and the USA. Born in London, she’d felt the pull of America since childhood and ran away to LA in the late seventies to write about music, convinced she’d never have the nerve to perform it. She became renowned as a rock writer (she’s the subject of a BBC documentary, The Rock Chick) and also as an acclaimed author. Her books include the cult fiction Too Weird For Ziggy and biographies Serge Gainsbourg: A Fistful of Gitanes and I’m Your Man: The Life of Leonard Cohen. Following numerous movements across the globe—including three years in a tumbledown French chateau—she now lives in San Francisco.

“The main constant in my life, aside from escape, has been music,” Sylvie says, “writing about it in public and playing it in secret, until now.” On her intimate, mesmerizing debut she lays herself bare. “Clearly from my songs, my skin is thinner than a butterfly’s wing, but these are true songs, and this is how they came out, alone in the dead of night, sad, sweet, and mysterious.”