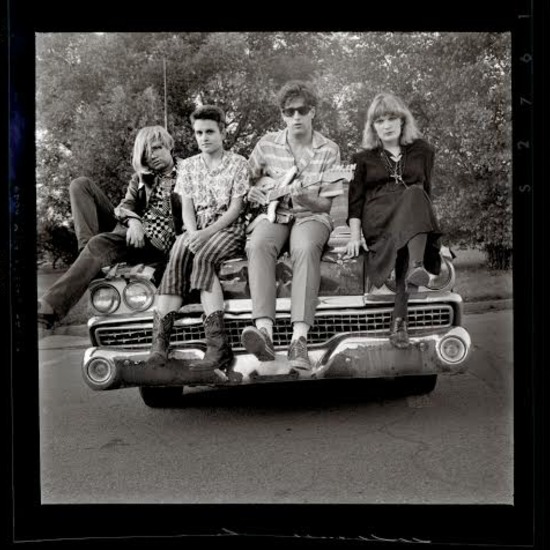 Even given the vantage point of several decades worth of antagonisms on conservative “Punk” eardrums, countless poorly-printed fanzines championing all manner of anti-social sound/performance and the Internet more or less rendering nothing, past or present, unbelievable, some records are still hard to wrap one’s ugly mug ‘round. Like this one right here, fr’instance! What is this strange, acerbic music and how did it come out of the early Eighties Wisconsin Hardcore Punk scene? Sure, there are plenty of near contemporary comparisons, regional bands lost to the mists of tyme who imbibed early Fall singles like they were manna (I’m lookin’ your way Art Phag, Easter Monkeys, Y Front), but it’s really a pretty strange document for the time and place, with allah the prime skiffle ‘n thump of God Bless The Red Crayola… as interpreted by The 49 Americans were they really, well, American, and adding a supersized dose of Flipper’s drone/dirge to the pot for good measure. “Hideous Plastic Flowers” sounds like Blight or Church Police covering Hasil Adkins. The instrumental “Reflective Reformation” wasted-ly approximates Country Joe’s first via the same route Andrew Klimek took to Van Vilet, and truthfully, these guys would have made much more sense rolling ‘round the CLE (or maybe Akron on a track like “Liquid Lunch”) gutters than from where they actually sprang, though a catalog # reading Thermidor or Subterranean wouldn’t be out of place either. God, that bass tone; what a ridiculous, glorious, throbbing wet fart, and finally providing an answer to the eternal question: “What if the Fuckin’ Flyin’ A-Heads recorded a whole album?” The de-railed Seeds cover opening Side B lends some credence to the notion that, as much as Hollywood Autopsy were an Art Punk concern (and one of considerable menace and aplomb) they also drank from the same trough of nocturnal Proto-Punk pessimism as Vertical Slit and the like. I don’t know how much further I can spew over this thing, I mean every track sounds better than the last, a tasteful and primitive blend of deconstructed Rockabilly, battered free Psychedelia and generally inimical art provocation that only increases in potency the more its contents sibilate about your paltry brain. Ostensibly a college project of University of Wisconsin Madison students who disbanded after a few shows, zines and cheap recording sessions with a future member of Garbage (!), and would go on to legit academic/art careers and work with such local legends as Killdozer and Tar Babies, one off reunions happen from time to time, but no recordings outside of this single, shimmering platter exist. First time reissue of any kind offered up here, and by far the most fiscally sound option, lest you’re keen on walking, biking, driving or flying over to Manitowoc, WI to hunt in crusty bins for an OG. And besides, we all know that’s not sustainable; do you really think the band that wrote “Standing Naked in the Carnival” would want such a thing? – Thomas DeAngelo/ April 2014 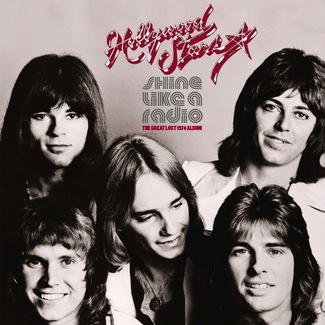 Hollywood Stars
Shine Like a Radio: The Great Lost 1974 album