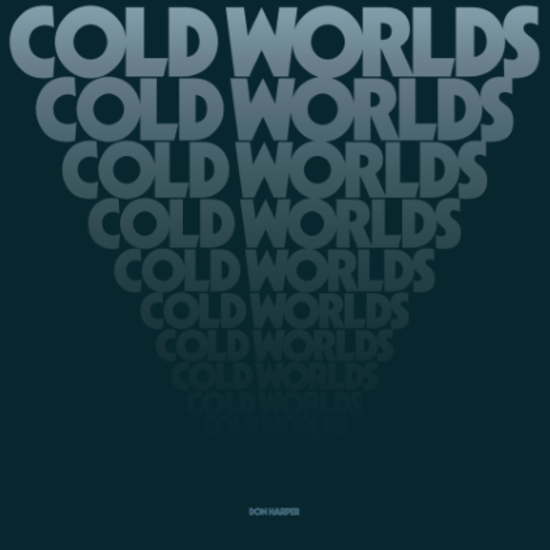 A collection of Horror-Electronics, supernatural soundscapes and sinister library muzak from Australian composer Don Harper. Centering on a previously unreleased score for the 1968 Doctor Who series The Invasion (a dark otherworldly sci-fi jazz suite) Cold Worlds is also a focus on the electronic music of this largely unsung composer. Like many Australian film composers (Ron Grainer, Dudley Simpson, Don Banks) Don Harper based himself in the UK during the 1960s and subsequently found employment at the BBC and other British film and library companies.

Probably best known for his BBC scores for World of Sport, Sexton Blake and The inside Man. Harper also immersed himself in the world of electronics. Acknowledged as a virtuoso jazz violinist, he notably produced a 1974 electronic/altered jazz session for Lansdowne Studios titled Homo Electronicus (featuring Norma Winstone and other progressive UK jazz musicians).

In addition to cutting a number of library sessions for Joseph Weinburger’s Impress label, in which several tracks were later famously sampled by MF Doom, he also co-wrote the music (alongside Delia Derbyshire and David Vorhaus) for the essential Radiophonic KPM recording Electrosonic. Also featured on this compilation are his nightmarish cues used in George Romero’s cult zombie classic Dawn of the Dead.