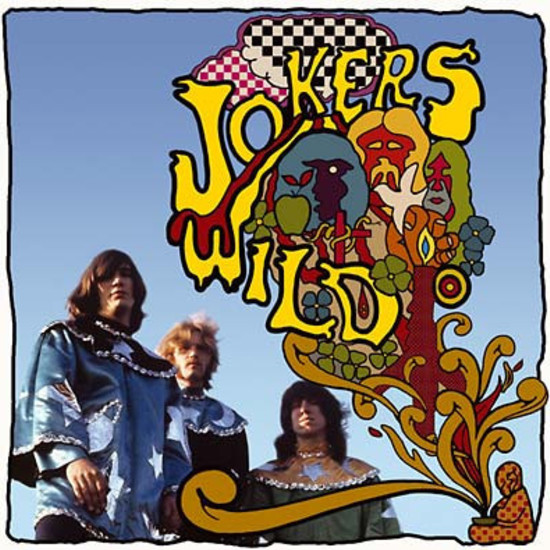 “Jokers Wild” recorded 3 singles between 1967 and 1969 in Minnesota but the complete album LIQUID GIRAFFE was never released. Starting as a 5 man band most of the material was recorded by the 3 main members: Lonnie Knight, Denny Johnson and Pete Huber. Later Lonnie Knight became guitarist of “The Litter” for a while but he returned to “Jokers Wild”.
What a powerful band this is. Huge amp stacks guaranteed a “wall of sound” on stage. Double bass drum, cool outfits, they must have been been great on stage.
Damin Eih, A.L.K. and Brother Clark wrote: “In ’67 I saw two local bands that again amped up the juice, The Litter and Jokers Wild. Both bands played original music and had excellent psychedelic-raved guitar players, Zippy Caplan (Litter) and Lonnie Knight (Jokers Wild). That brought everything to a new level”
Heavy underground rock with great composed songs, fuzz guitars, speedy drums and tight bass lines.
If you think The Litter is the one you should listen to Jokers Wild.