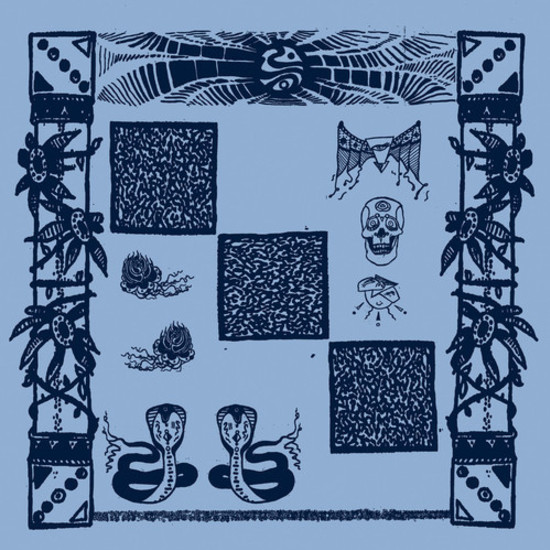 The Milk Music / Merchandise / Destruction Unit split LP is a document of a 2013 US tour which drew worldwide attention from those interested in the modern US rock underground from a seemingly unlikely combination of bands. When we say “unlikely” it is because these bands are from the geographical fringes of the country: from the far corners we have the despondent and desperate Merchandise (Florida) and the freedom freak jams of Milk Music (Washington), and from the depths of the Sonoran desert the majestic psychedelic assault of Destruction Unit.

When we say “unlikely” we don’t mean to suggest they are ill-fitted. While the songs occasionally scrape against one another in disparate tone and pace, the resulting sparks thrown off do little to affect the overall congruency of these bands, a communal trip and a beautiful come down: we move from the introverted warmth of Merchandise to the sensory overload of Destruction Unit into a blissful, careering drift in the capable arms of Milk Music. The booklet that accompanies the record, designed by Destruction Unit’s J.S. Aurelius, collates some of the fliers and photos from the road, and gives one pause to consider: this may well be a document of the best of the American psych underground in 2013/2014.