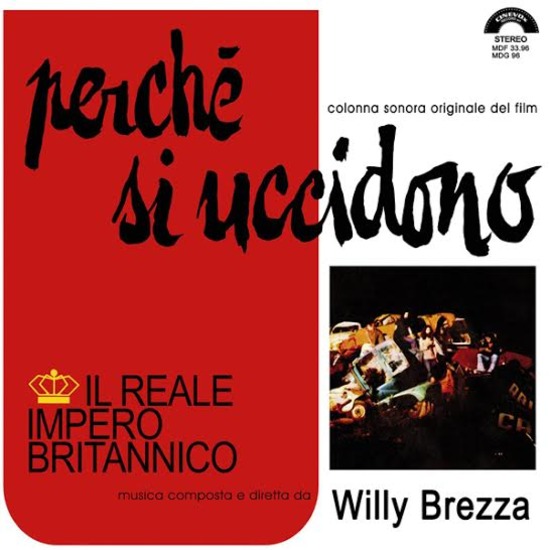 Reale Impero Britannico surely is the rarest record of the Goblin universe, together with Cherry Five of course. Released in a very small batch of copies in January 1976, as the soundtrack of an obscure movie called “Perché si uccidono” tough it was recorded some time before, when the members of Goblin still called themselves Cherry Five, as the band still featured Cherry Five singer Tony Tartarini (who sings in the excellent “My damned shit”) and drummer Walter Martino. Afterwards the band will change its name in Goblin recording its breakthrough record bestseller: the soundtrack of Profondo Rosso.

This is also why “Perché si uccidono” is the perfect musical hook-up between Cherry Five and Goblin. Some tracks where composed by Fabio Frizzi, a famous composer of thriller and horror scores, one alone namely “Kalì”, and the other four, “Epopea”, “Ammoniaca”, “Epopea (Reprise)” and “Edda” (sung by the Italian actress Edda dell’Orso) together with the musicians that soon will call themselves Goblin: Simonetti, Morante, Pignatelli and Martino.