Versions Of A Life 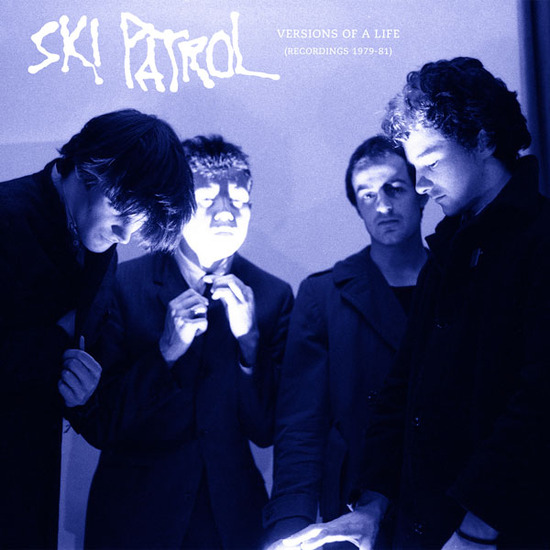 Versions Of A Life

Dark Entries is proud to release “Versions Of A Life”, a collection of recorded works by London, UK post-punk band Ski Patrol. Formed in 1979 by singer Ian Lowery and guitarist Nick Clift, the band played moody, epic, angular music. Active until late 1981, Ski Patrol’s musical and lyrical output mirrored the dub-reggae influences of their Brixton and Ladbroke Grove home-bases, the civil unrest of post-punk Britain and the freedom to push aside the rock rulebook as had been done by their peers PiL and Gang Of Four. They self-released their first single in early 1980 with the help of Rough Trade and came to the attention of Malicious Damage, a label & management operation, formed to release the early works of Killing Joke. This association produced the band’s biggest success, the 1980 indie chart hit “Agent Orange” (featuring Killing Joke’s Jaz Coleman on synth).
“Versions Of A Life” collects Ski Patrol’s recorded output in one place for the first time. This anthology also shines a light on the darkly comic, paranoid, often elegiac gutter poetry of the late Ian Lowery, who passed away in 2001. Including the band’s first two singles, previously unreleased mixes of their third single and three unreleased songs from their last studio session. All songs are remastered for vinyl by George Horn at Fantasy Studios in Berkeley. The vinyl comes housed in a glossy jacket with an unreleased photo of the band. Each copy includes a reproduction of a promotional poster with lyrics from 1981 designed by Mike Coles, the Malicious Damage house artist responsible for the label’s iconic album and single covers.