Personally Yours: The Complete Anthology Of The Bossmen 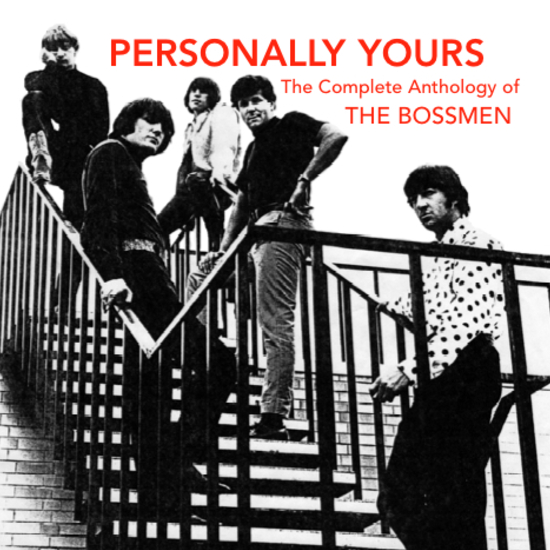 Personally Yours: The Complete Anthology of the Bossmen

“I look back on the days of The Bossmen with a sort of reverence. These were my first days of recording my own original songs, entering the concert scene and learning the basic trials of making it in the music business. I get chills even today just thinking back on the two or three block line that formed every time we played our home town venue, Daniel’s Den. The Bossmen were the heroes and purveyors of the primal Rock energy for that angelic group of screaming youth. MAN… those were the days!” —Your Boss man, Dick Wagner

Dick Wagner and his guitar: The Frost. Ursa Major. Lou Reed’s “Rock ‘n’ Roll Animal”. Alice Cooper’s “Welcome to My Nightmare”. Kiss. Aerosmith. Peter Gabriel. Wagner’s contribution to rock ‘n’ roll is immense. And it all started a little bit north of Detroit with the Bossmen. In just three years (1964-67), The Bossmen amassed an impressive run of no less than eight regional number one singles. When you listen to these eighteen original compositions you can sense the long hours and the countless amount of blood, sweat and tears that went into creating them. Whether it’s a stinging guitar solo (the sonic blast of an intro on ‘Sunshine’ comes to mind), a regal four part vocal harmony or a soaring arrangement, each tune bears the distinct early characteristics of the ‘Wagner’ sound that would later bring him success on a global scale and write him into the annals of rock ‘n’ roll history.