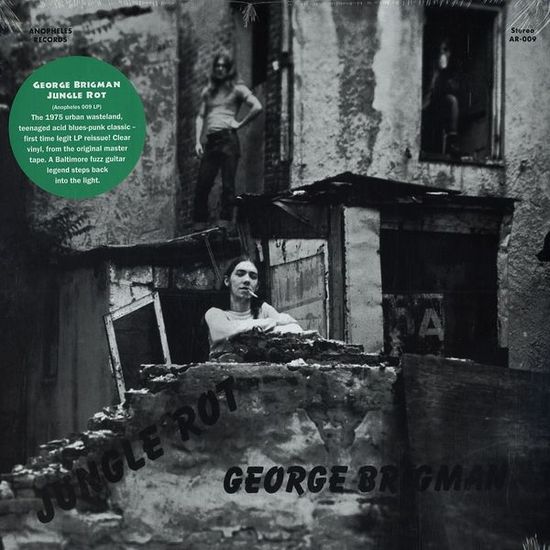 Released in 1975 by Baltimore teenager George Brigman, Jungle Rot was a self-produced slab of molten fuzz that had no chance of gaining an audience before the punk revolution. Conceived as a tribute to British psych-blues band the Groundhogs and their leader Tony McPhee, the album takes that bands’ acid-fried boogie and warps it with primitive recoding techniques and the fevered isolation in which Brigman worked. The title track alone with its fuzz-damaged guitar pan and punishing four-on-the-floor rhythms is worth the price of admission, yet the rest of the album delivers equally inspired wallops of technical brilliance and blown-out acid shred. Predictably, the few hundred copies of the album that Brigman pressed quickly fell through the cracks and were promptly forgotten Brigman might have been a self-confessed Groundhogs fan, but this buzz saw concerto sounds like it was created by Iggy Pop’s more demented younger brother.