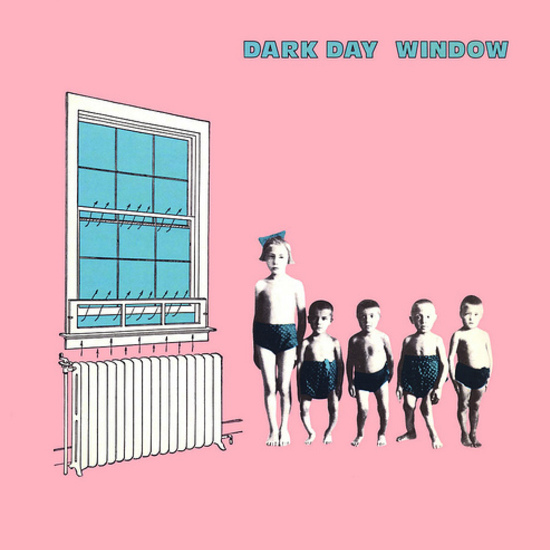 Dark Day was the brainchild of Robin Crutchfield formed after leaving New York’s seminal No Wave band, DNA. Following the first few incarnations and various lineups, 1981 saw the direction of the project morphed into an electronic keyboard duo where Robin was joined by Bill Sack. Together they recorded an album of nine songs entitled Window that was released on Plexus Records. Lyrics were inspired by various sources including occult texts by Colin Wilson and art by Leger, Bruegel, Malevich, Man Ray, Duchamp and Jean Cocteau. The mechanized sound of Window is less one of the man machine robots in charge of Kraftwerk than man at the mercy of his machines. The infectiously-engaging toy-like instruments captured the ears of fans worldwide with popcorn drum rhythms. A Synare borrowed from Jeff and Jane Hudson lent a “Bette Davis Eyes” crack to the percussion on the percolating tracks. The instant polaroid images, an homage to Japanese recording artist Susan of “The Girl Can’t Help It,” adorned the album sleeve in two stark headshots of musicians at work, haunted by the unseen. The front cover, a Crutchfield-designed collage in two tones of salmon flesh and Mediterranean watery blue show a string of rickety children in diaper togs, forced much like the children of “Cat In The Hat” to spend a dreary day indoors. The look on the children’s faces asks you to determine whether they are needing to be rescued from their enclosure, or inviting you to join and play. Is the window something you look out, or in? You must answer that question. Carefully remastered by George Horn at Fantasy Studios in Berkeley. This re-issue also includes a 24-page newsprint zine “Darker Days As I Recall Them” by Robin Crutchfield with a bonus sheet of song meanings and reflections from Robin Crutchfield and Bill Sack on the making of Window!