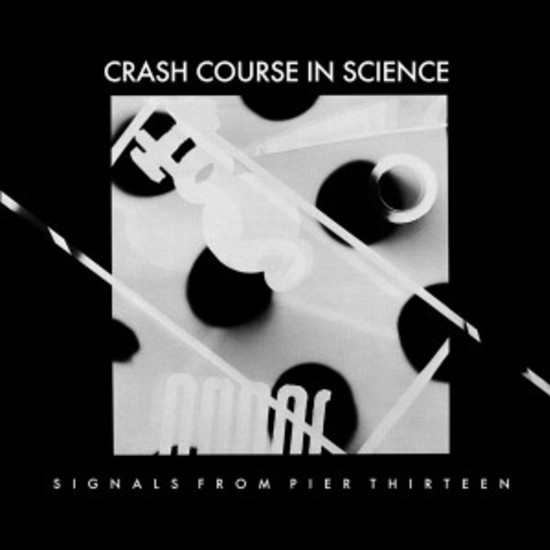 Crash Course in Science are a post punk band that formed in 1979 in Philadelphia.The band members, Dale Feliciello, Mallory Yago and Michael Zodorozny, met while attending art school. They began to experiment with crude electronics and off-beat writing. CCIS avoids conventional instrumentation by using toy instruments and kitchen appliances to augment the distorted guitar, drums and synthesized beats.Their first single, “Cakes in the Home” was released in 1979 and their 4-song 12? EP “Signals From Pier Thirteen” in 1981. Pier 13 was an abandoned coal-loading pier along the Delaware River near where CCIS rehearsed. The band went there often and was inspired by the huge silent machinery, shapes, shadows, ghosts and debris. The songs ‘Cardboard Lamb’ and ‘Flying Turns’ quickly became club favorites during the early 80?s. This EP’s raw, percussive sound influenced both techno and industrial music in later years. CCIS feel a strong connection to Throbbing Gristle, although they consider themselves as working in a parallel universe rather than being influenced by them. All songs have been remastered for vinyl by George Horn at Fantasy Studios in Berkeley. The vinyl is housed in the original jacket featuring stark black and white photos of Pier 13. Each LP includes a double sided 11×11 insert with lyrics, photos of the band and the atmospheric pier. Crash Course in Science go above and beyond what is considered ‘New Wave’ in attitude and sound.