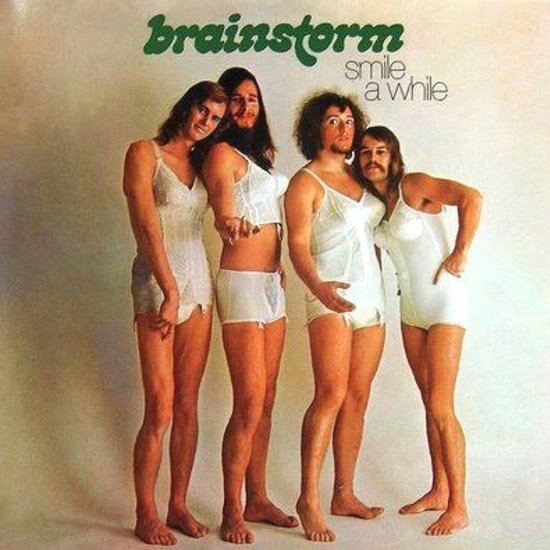 With this record from 1972, Brainstorm, led by future Guru Guru stalwart Roland Schaeffer, established themselves as one of Germany’s premier bands. Their complex Krautrock, based on strange harmonics (thanks to Schaeffer’s enthusiasm for Jimi Hendrix and the free jazz sounds of John Coltrane and Pharoah Sanders), and impelled by wild and distorted sax, flute, and Vox organ, would later put them smack in the middle of that bible for the intrepid musical adventurer, the revolutionary music reference guide known as the Nurse With Wound list. As NWW themselves said, “Categories strain, crack and sometimes break, under their burden—step out of the space provided.” What better endorsement of Brainstorm could there be? Brainstorm took only fifteen days including mixing (during the tragic 1972 Munich Olympics, as it happens), to record their favorite numbers, all under the direction of a producer little interested in their music. That’s a great shame, for these recordings show Brainstorm to be one of the best of the inventive off-beat bands of the era, along with the likes of Moving Gelatine Plates (France), Pazop (Belgium), and of course, Soft Machine and Caravan. Booklet reproduces all original LP gatefold art; liner-notes tell the band’s history up to the completion of this album. Includes all the tracks from “Smile A While,” plus three heavily grooving bonus tracks originally recorded for SWF radio in 1971 as Fashion Pink.