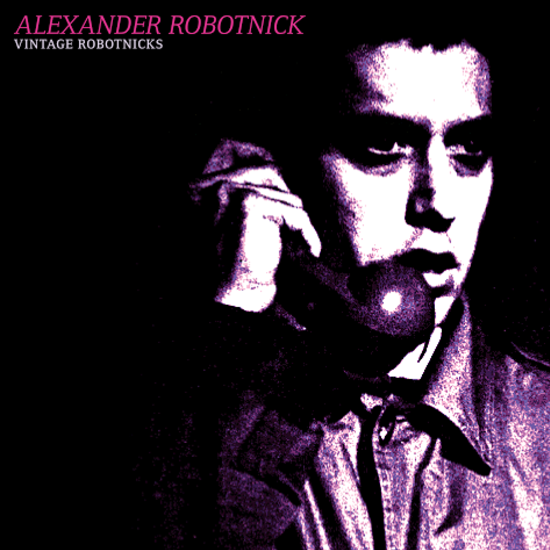 For Record Store Day 2014, Medical Records presents two exclusive releases celebrating the classic disco of 1980s Italy. First up is a very special hand-picked selection of early singles as well as previously unreleased on vinyl tracks by Alexander Robotnick (aka Maurizio Dami). The debut album by Alexander Robotnick (“Ce N’Est Q’Un Début”) was the 2nd release on Medical Records in 2010 and is now in it’s 3rd pressing. Maurizio Dami needs no introduction and has been one of the pioneers of the disco/electronic scene since the early 1980s. The first single on the record is “I Wanna Believe” which was released under the moniker Gina & The Flexix in 1985 on the legendary Fuzz Dance label (an Italo Disco sublabel of Materiali Sonori). It is a rare 12" single featuring a dance-floor stomping beat, melodic synth leads and female vocals. The other single on the compilation is the 7" version of “C’est La Vie” which was released in 1987.

Most of the LP is comprised of tracks recorded from 1982-1984 which have only been released on CD in 2003 on the “Rare Robotnicks” compilation (except one track from 2005’s “Krypta 1982” and one other track culled from “Robotnick Archives”). The exclusive to vinyl tracks were hand-selected and display a diverse and ever-changing sound palette yet maintaining the unique and unmistakable Alexander Robotnick style which we have all loved through the years. Many tracks feature the characteristic vocal style originally exhibited on the international club hit “Problèmes D’Amour”. This is a special collection that will appeal to the “Disco Freaks”. For fans of classic Italo disco and it’s many permutations and essential to fans who loved the Medical Records reissue of “Ce N’Est Q’Un Début”. Additional remastering by Martin Bowes at the Cage, UK.