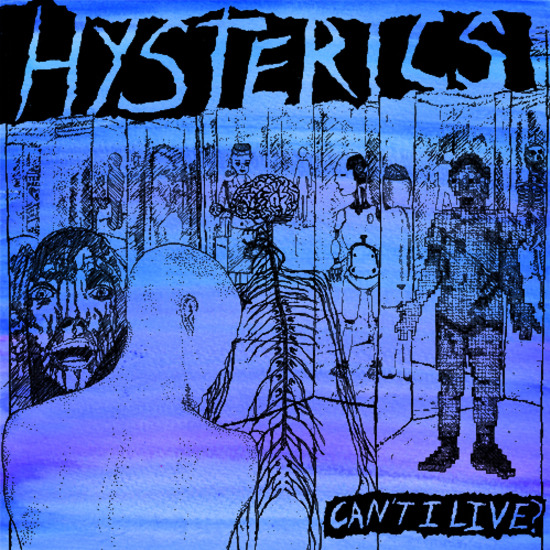 “When both Kathleen Hanna and Calvin Johnson have name-dropped a young hardcore band in interviews, you know they are worth checking out. This summer I decided to catch a show by Olympia’s Hysterics at a practice space in Allston, and, as it turns out, Kathleen and Calvin know what’s up. The fiery shouts and ear-splitting riffs on Hysterics’ debut EP make for some of the year’s most urgent punk songs.” – Liz Pelly, Boston Phoenix

HYSTERICS have been turning the North American hardcore scene upside down for the past two years, with people offering outrageous sums for their demo tape, and the group blasting through multiple pressings of their debut 7" EP (M’LR 032, now out of print.)

This is their much-anticipated follow up, 11 solid minutes of righteous and focused devastation. The A sidealone will peel your wig back, from the opening scree of “Outside In”, charging out of the gate as if hardcorehad never happened before, to the anthemic “Leave Me Alone”, all the way to “Psychic Drain”, 48 seconds ofblinding thrash. Unlike so many modern groups, none of the fury of HYSTERICS is compromised by sludgyproduction or half-hearted songwriting. These are six new classics for the radical punk canon, offered up byfour radical young women from Washington state.

Now based in Olympia and Seattle, HYSTERICS have already toured North America twice, with a massive tour of Europe in May of 2014, with another North American tour planned for later this year. They’ve beenchampioned in publications as diverse as Artforum, and Maximum Rock N Roll (how many other groups canclaim the same?), and have even been celebrated by the staff of Pitchfork. This group rules, and this new EPrepresents the fruition of all their hard work and imagination. It’s something to behold 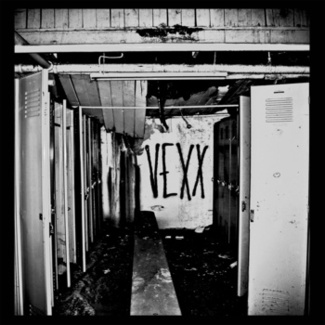