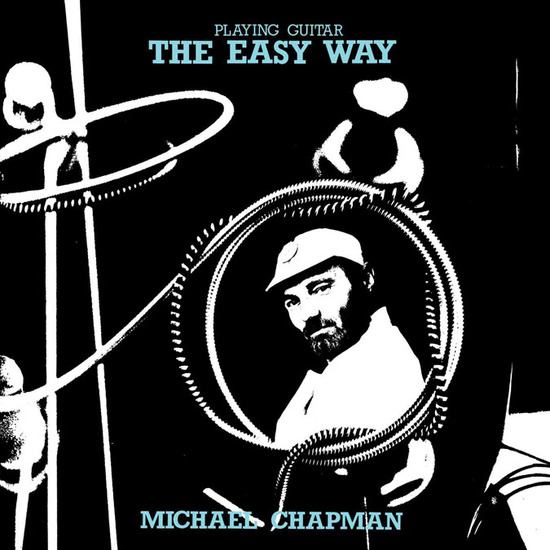 Along with Bert Jansch, Roy Harper, and John Martyn – Michael Chapman is one of the most influential and important British singer/songwriter/folk guitarists of his generation.

Like his peers, Chapman blended traditional folk influences with rock and jazz overtones for a unique sound that remains fresh to this day. Michael Chapman is also legendary for discovering electric guitar maverick Mick Ronson and recording with him before David Bowie did! Chapman also utilized string arranger Paul Buckmaster (whose name appears on early 70’s LPs by Elton John, the Rolling Stones and Miles Davis).

Following on the heels of LITA’s previous Chapman reissues comes an ultra-rarity, 1978’s Playing Guitar The Easy Way – an instructional record (complete with a 20 page booklet of notation) making its CD debut and reissued on vinyl for the first time ever! For guitar geeks, it’s one of the first instructional methods to deal with open tunings like DADGAD. For Chapman fans, it’s merely a gas to listen to!

Released with the direct involvement of Michael – who supplied the original master tape as well as some new liner notes – he still stands by this record as he told Thurston Moore during a recent interview for the Fretboard Journal:

“I still think it was a good idea. [But] it wasn’t meant to be for people starting the guitar; it was for people who had maybe got bogged down a bit and then maybe wanted to write some songs, and here comes an interesting way to find some new chords, which is what I did, you know, I just went.”

Now just about everyone can try Playing Guitar The Easy Way!