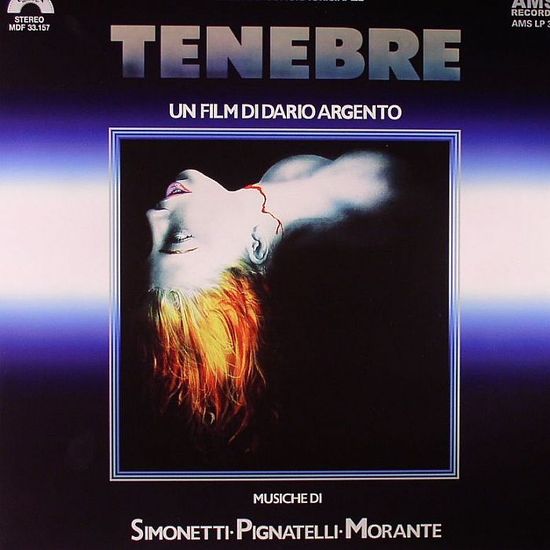 “Tenebre” is the soundtrack of the eponymous film directed by Dario Argento in 1982, which celebrated today its 30th anniversary. Even if released as ‘Simonetti – Pignatelli – Morante’, it’s usually considered an actual Goblin album; as many people know, the ‘real’ Goblin were releasing the LP “Volo” at the same time, and the band’s name and logo could not be used for copyright reasons.

“Tenebre” is the last great collaboration between Argento and Goblin, before an almost 20-year long break until 2001’s “Non ho sonno”. Here Dario Argento moved from full and warm-coloured atmospheres to the aseptic and cold architectural spaces of Rome. The music of “Tenebre” responds to this change: Claudio Simonetti was returning from his first experiences in the techno/dance field and, since the band was missing a real drummer, synthesizers and samplers took over, in a mix between rock and electronic music that once again perfectly blends with the images of the film.

This reissue of the “Tenebre” OST vinyl follows the AMS Records tradition where a poster is attached to the LP replica, gathering informations for collectors about all the known exixting versions of the release, images of the discography and movie flyers and an essay presenting the filmand the soundtrack in detail. Not to be missed by any horror movie and soundtracks fans!