“Second Poem To Karmela" Or Gypsies Are Important 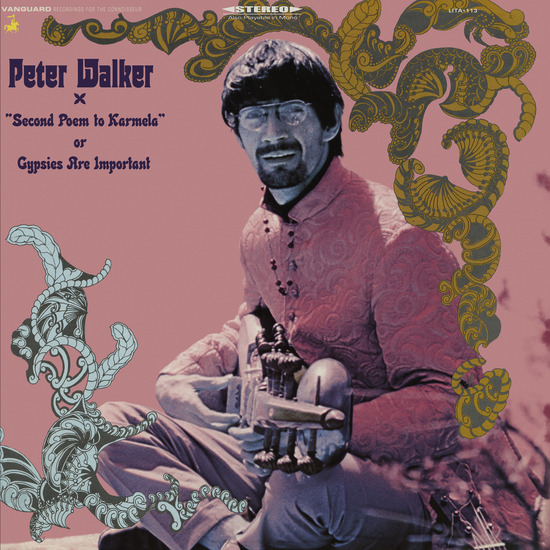 “Second Poem To Karmela" Or Gypsies Are Important

Light In The Attic and the legendary folk/blues/roots label Vanguard Records are proud to begin a series of collaborations under the umbrella Vanguard Vault. The series will explore the vaults of Vanguard and see the reissuing of obscure nuggets, psychedelic weirdness and just some good old-fashioned seminal music.

Originally released in 1968 on Vanguard Records, Peter Walker’s album “Second Poem To Karmela” Or Gypsies Are Important was a ground breaking blend of folk, raga, psychedelia, Eastern and Modal sounds that has remained unsung for decades. While his debut album for Vanguard, Rainy Day Raga, has been reissued several times on LP and CD, this album (his sophomore effort), remains an obscure and hard to find vinyl relic. Until now….

Carefully re-mastered from the original tapes, guitar scholar Glenn Jones recently interviewed Peter Walker for hours and has written a book-deep essay for the CD and LP liner notes that detail Walker’s association with an incredible cross-section of 1960’s counter-culture icons including LSD guru Timothy Leary (Walker personally provided ‘the soundtrack’ to many a trip), he studied raga music with Ali Akbar Khan, and like his close friend Sandy Bull, Walker worked on a fusion of Western and Eastern sounds. Jim Pepper plays flute on Second Poem (he also recorded with The Fugs and Don Cherry), other accompaniment to Walker’s guitar, Sarod and Sitar playing includes violin, organ, tablas, and tamboura.