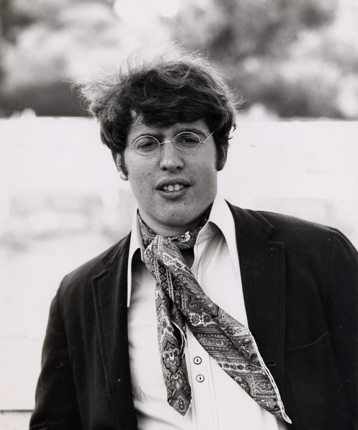 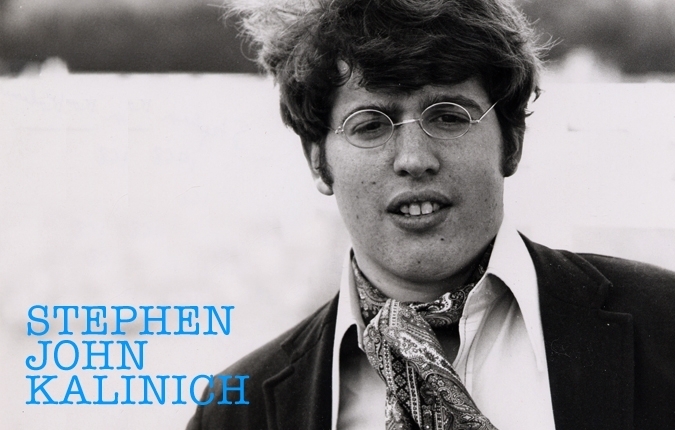 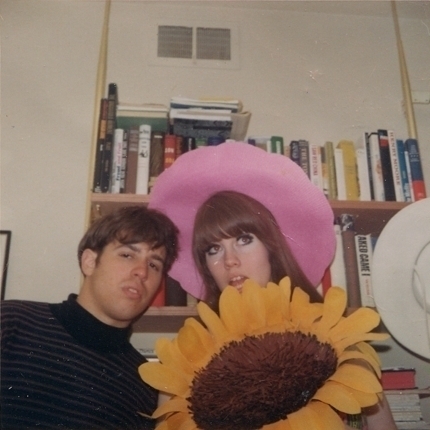 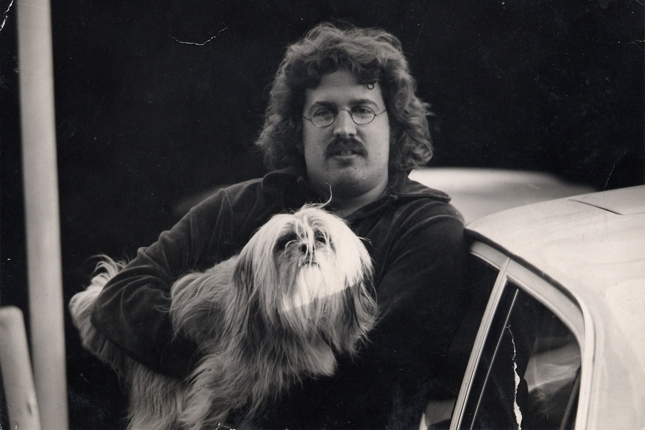 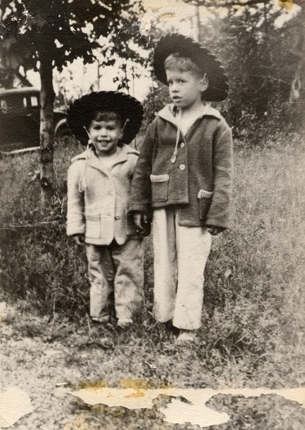 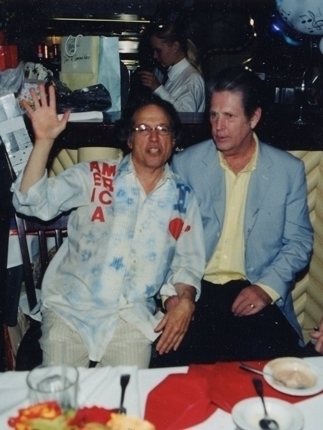 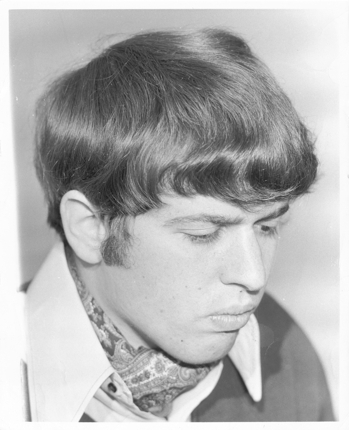 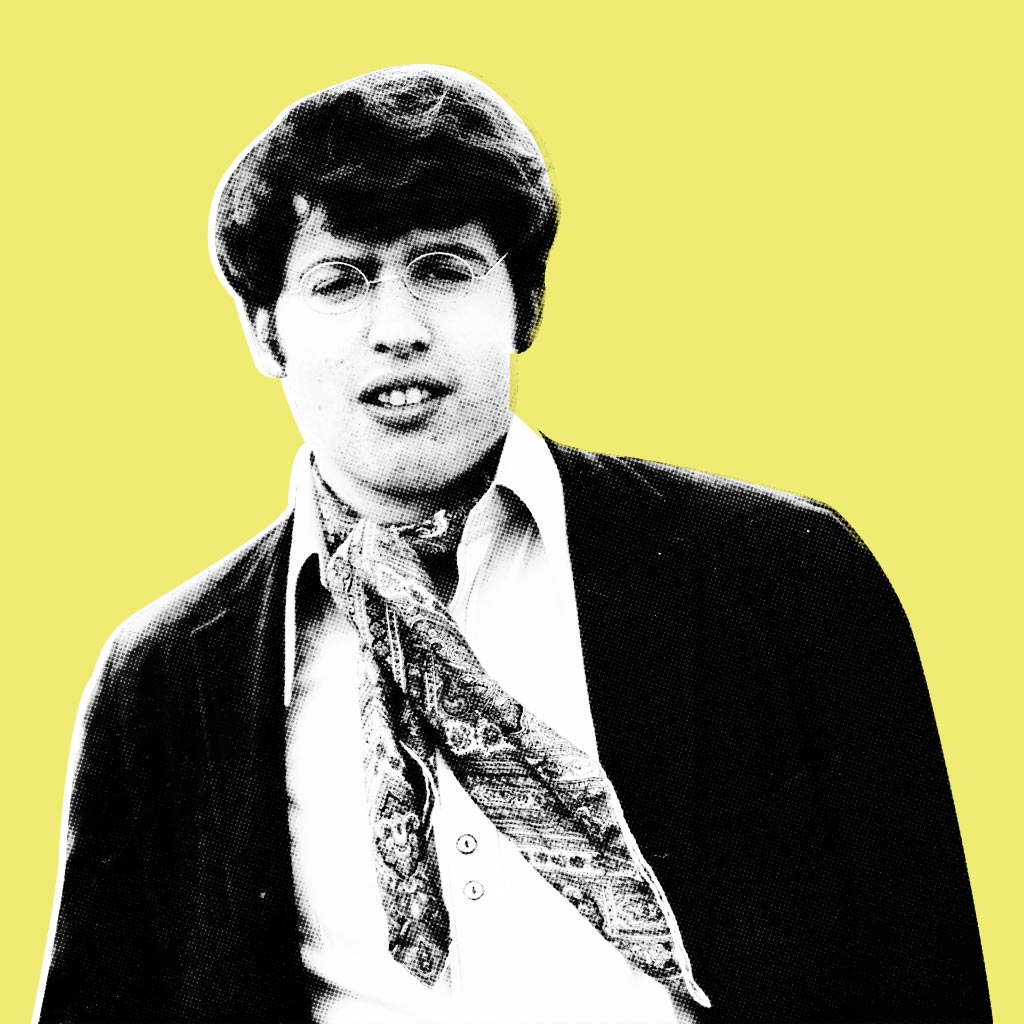 Immersing himself in the anti-war movement – always a strong theme in his writings – he began working the LA scene as a poet and performer.

It’s not very often that we have the honour of promoting an album that was co-produced by the legendary Brian Wilson. But even now, when it seems like everything that Wilson touched has been exhumed, we find a lost gem in Stephen John Kalinich’s A…

It’s not very often that we have the honour of promoting an album that was co-produced by the legendary Brian Wilson. But even now, when it seems like everything that Wilson touched has been exhumed, we find a lost gem in Stephen John Kalinich’s A World Of Peace Must Come, an album of music and psych-poetry that has remained unreleased since its recording in August 1969 in Brian Wilson’s own LA home.

Kalinich was a long-haired, young poet who had drifted from the East Coast to California in the mid-‘60s, transferring from New York’s Harper College to UCLA. Immersing himself in the anti-war movement – always a strong theme in his writings – he began working the LA scene as a poet and performer, appearing at legendary venues such as The Troubador. “At 13 or 14 I stared writing poems and articles about World Peace,” he says. “Very early I wanted to be an influence for peace and good in the world.”

“Leaves Of Grass”, co-written with Kalinich’s early collaborator Mark Buckingham, recorded in 1966 and included here as a bonus track, earned Kalinich a record deal with the Beach Boys’s Brother Records, but radio stations wouldn’t play it, wrongly assuming it was about marijuana.

At the time, Kalinich was studying and working at a petrol station for a living, but despite their different lifestyles, he instantly hit it off with Brian, Carl and Dennis Wilson. From that friendship came many wonderful collaborations, including Little Bird and Be Still, the first tracks co-written and sung by the band’s drummer Dennis Wilson. One Kalinch/Dennis collaboration ‘Rainbows’ appeared on the recently reissued Pacific Ocean Blue and another Kalinich co-write (with Brian this time), Gettin’ In Over My Head, was recorded by Brian Wilson and Paul McCartney.

Flash forward to 22 August 1969, when Stephen was a regular visitor to Brian Wilson’s Bel Air home. Over the course of a single night, Kalinich and Wilson co-produced A World Of Peace Must Come, an album of poetry backed by sparse harmonies and ethereal wisps of instrumentation played by Brian and his then-wife Marilyn Wilson.

These were strange times in LA. As the hippie movement snowballed, The Doors and Love were exposing the dark underbelly of the ‘60s dream. Kalinich’s poetry rests on that pivot point; spiritual and peace-loving, but in tune with the dissolving society as it hurtled towards the ‘70s. It’s as political and intense as it is beautiful.

Though Kalinich was actually the first artist signed to the Beach Boys’s Brother Records, the album remained unreleased. Later, as the tapes went missing, it looked set to remain a lost relic – and many Brian Wilson experts refused to believe it ever existed. Almost 40 years later (and nearly 20 years after those tapes finally materialised), the album has finally found a place to call home. Light In The Attic Records are set to release A World Of Peace Must Come, and restore Kalinich’s place, not just in the history of the Beach Boys, but in the cultural landscape of late-’60s LA.

Kalinich, who now splits his time between Los Angeles and Brighton, UK, and is still a close friend of Brian Wilson, decided A World Of Peace Must Come needed to finally see the light of day after the September 11 terror attacks, when he stood on an LA stage and recited America, I Know You to a rapturous response. The finished album will be presented in a beautiful digipack, with liner notes incorporating the full poems, archive photos, and notes by Beach Boys archivist Alan Boyd. For the first time, this truly timeless snapshot of an era and an ethos will be available internationally. We can only hope that Kalinich’s prophecy is eventually fulfilled.